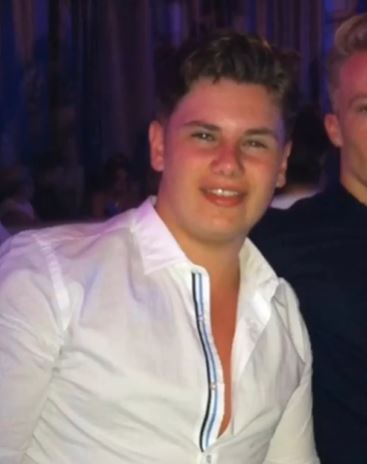 LOVE Island’s Joe Garratt looks unrecognisable in a video montage of his incredible transformation from teenager to hunk.

The 23-year-old joked to his followers that he had his own version of a ‘glow up’ or rather, a ‘Joe Up’.

Posting the short video to his official Instagram account, the video shows the sandwich man changing from a young teenager with a round face and short hair, to the chiselled abs, curly-haired hunk we now know.

Joe captioned the video: “You could say I had a ‘Joe Up’

His fans were suitably impressed with Joe’s self-proclaimed glow up and flocked to praise the reality star in the comments.

One wrote: “Omg this is crazy!! You look so different” But he has blossomed into a hunk

”, to which Joe replied: “@evegale appreciate it

It’s not the first time Joe has shared his impressive transformation with his fans and followers.

Last summer he revealed some snaps of his childhood and admitted he had got used to being “friend zoned” at school because of his “chubbier” appearance. The star shot to fame on last summer’s Love Island

Speaking about his school days, Joe revealed he wasn’t quite the hit with the ladies he is now.

He dished: “I’ve only had one girlfriend – that was when I was 19 to about 21. I didn’t have any relationships before that I was a slightly chubbier child. I was the friend.”

Joe said he gained weight after a rugby injury made it difficult to exercise – and his diet didn’t help matters.

He said: “In my school days, I didn’t worry about looking good or anything like that, but then I got a bit older. I injured my knee in rugby and had surgery and pushed it a bit far and gained a bit of weight. Joe has revealed he completely overhauled his diet and lifestyle

“Then I realised, actually I’m unfit and it’s time to be healthy, so started eating lots more fruit and veg and it started falling off. I went from Friend Zone Joe to suddenly, ‘who are you?’”
Despite looking incredible it seems as though Joe still suffers with a crisis of confidence after he recently posted a daring Instagram snap in his pants – then swiftly deleted it.

The 2019 ITV2 star was in a cheeky mood for his selfie, which saw him posing in a blue logo T-Shirt and his white boxers.

He teasingly lifted up the hemline of his top to give a peek at his rippled abs as he stared straight into his camera phone.

Joe’s kitchen proved the unexpected backdrop for his image, in which he held a freshly-brewed cup of tea.

He accompanied the bulge snap with the suggestive caption: “Cup of Joe anyone?”

Yet the telly star didn’t give his fans much of a chance to reply, swiftly deleting the image shortly after it was uploaded. Megan Barton Hanson says she wants to get back into stripping as it gave...

Damning dossier reveals Labour members branded Jews subhuman and bullied them out of the...

Treble-winning Blues chief says OBE for Chelsea’s successes on the pitch came as a...