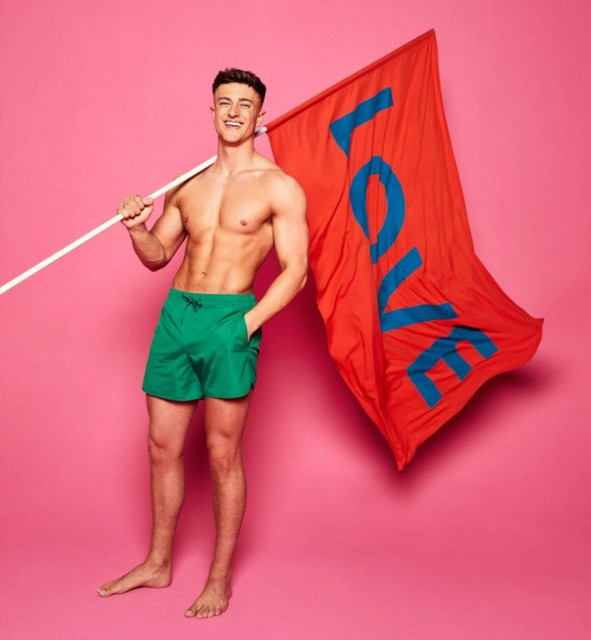 The 22-year-old, who has just finished his Master’s Degree, is hoping to find a Zara McDermott lookalike to get steamy with in the hideaway.

Speaking to HOAR during a roundtable interview about his type of lady, Liam explained: “Petite brunette, with nice eyes. Zara always wowed me when she was on the screen.”

And it’s a big plus if they have nice feet – “I can appreciate a good foot. I think foot can make or break someone. I like a nice foot and that’s no secret,” Liam said.

He says his parents are fully behind him going on the show, but his mum might not want to watch when he gets up to mischief in the hideaway.

“I am so lucky to have the support network I have around me. They are excited, they both watch the show. They are buzzing to see me on there,” Liam revealed. “My mum will probably have the pillows over her eyes, they know what the show is all about so she’s fully prepped.”

The singleton has been hitting the gym hard in preparation for the show and he’s a big fan of male grooming to make sure he looks his best.

He’s hoping his efforts don’t go to waste though, telling us:  “I am most nervous about not being wanted, not being picked for a couple. Everyone wants to be wanted.

“The feeling of not getting picked is definitely a nerve racking thought for me.”

The gym love is on the show hoping to find love, saying: “I think 22 is a really nice age to meet someone, you’ve got your years ahead of you so you have time to experience stuff and grow together.

“I think Love Island is a great opportunity to meet someone, you’re in with a load of different types, so you can get to grips with what you really like about people.”

Prince George comforted by dad after cheering with England fans as William declares: ‘you...

Meet the cast of ITVs White House Farm from Cressida Bonas to Alfie...