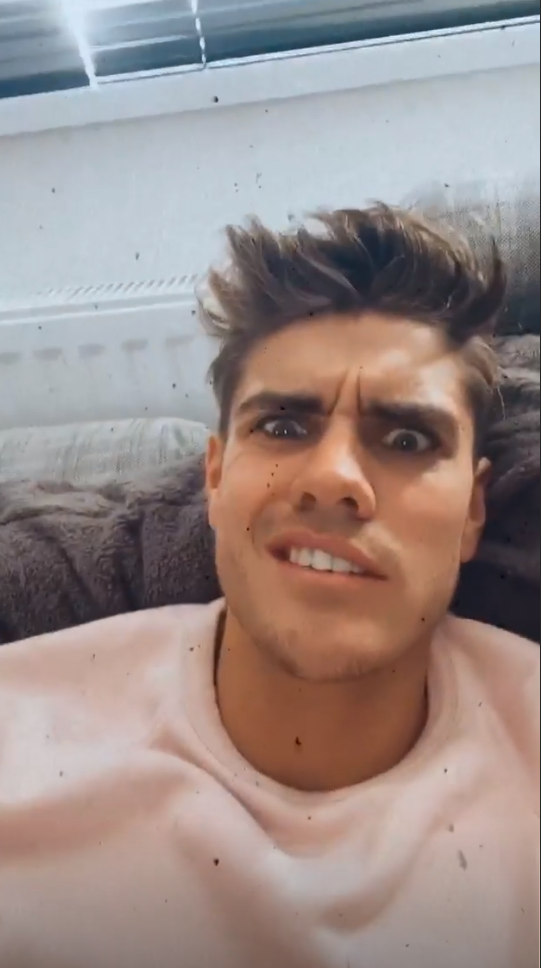 LUKE Mabbott’s been so busy since the Love Island final that he hasn’t had time to get rid of his Christmas tree.

The 24-year-old engineer left fans horrified when he admitted the festive relic – complete with full decorations – is still festering in the corner of his living room, more than two months on from the big day.

Luke made the revelation while talking about the things he had to get through on that day.

The Justin Bieber lookalike then panned round his front room to show his Christmas tree chilling on the side.

“…Taking this Christmas tree down,” he added sheepishly.

“My Christmas tree’s been up since before I left.”

Luke’s baffling admission comes after he wowed fans with his hot brother Liam, who he reunited with after two months apart.

Luke – who came third in Love Island with Demi Jones – has been spending plenty of time with his fellow Islanders since returning to the UK – in particular his best friend Luke Trotman.

Luke T jokingly complained that he couldn’t get his pal to leave him alone.

Sharing a video on Instagram of Luke M sat in their hotel room while Siannise Fudge sat on the bed, Luke T wrote: “Someone come collect him please.”

But Luke M wasn’t having any of it, and simply told the camera: “No.”

“Truly, big throuple energy from these folks,” joked one fan while another added: “Siannise should’ve expected this, the Lukes are like a package deal.”

The two became fan favourites after they entered the villa and became firm pals, with Luke M often leaning on Luke T and Siannise for emotional support as he struggled to find his feet in the villa.

“Shall I stay with you on the sofa?” Luke T once asked Luke M, and the happy couple often gave Luke M advice and even helped to set up a cute date when he began romancing Demi.

The finalists landed back in the UK on Wednesday with 2020 winners Finn Tapp, 20 and Paige Turley, 22 looking excited and ready to start their lives together.

We pay for videos too. Click here to upload yours.

Sir Keir Starmer’s poll rating is back to square one after 15 months as...