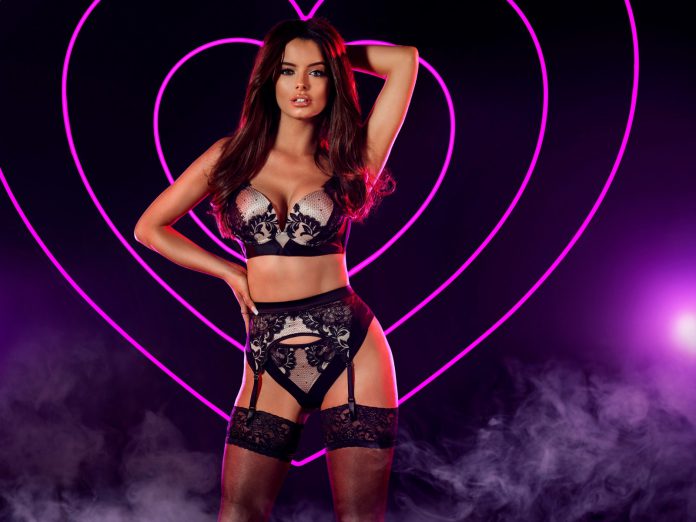 The Irish beauty, 29, also believes the new winter version – which has lost one million viewers – is missing her, too.

She says: I have seen that the viewers have dropped – maybe its not getting as many viewers because they need Maura Higgins.

But I feel like I dont find the boys as hot this series. I dont fancy any of them.

Following her success of the summer series when she finished runner-up alongside partner Curtis Pritchard, 23, who she is still dating, Maura is now starring on ITV show Dancing on Ice and last night progressed to next weeks show.

Maura, who fronts Ann Summers latest Valetines Collection, admits herself and dance pro Alexander Demetriou regularly rub each others private parts – accidentally – but its never led to any awkward moments.

She explained: The awkward grabs do happen and we end up accidentally touching each others bits, its true – its the closest youll ever get to someone outside of a relationship, but I dont feel uncomfortable at all.

Im so relaxed with Alex, we get on so well.

Highs and lows of extraordinary decade captured in pictures as Brexit and four elections...

Prince Harry and Meghan Markle are ‘loving life in California’ friend claims – on...