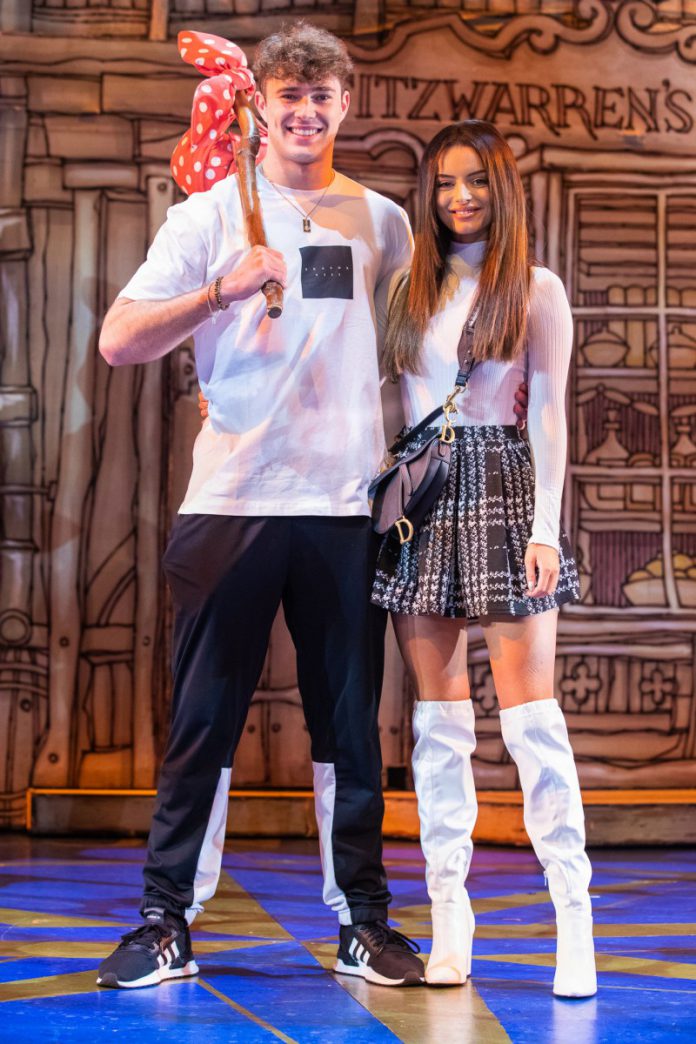 LOVE Island’s Maura Higgins has visited Curtis Pritchard in panto after he admitted they hadn’t seen each other for a while.

The 29-year-old looked amazing in long white boots as she got on stage to support her boyfriend.

Curtis grinned from ear to ear as he was finally reunited with the Dancing on Ice star after their hectic schedules made it difficult to spend time together.

The 23-year-old is starring as Dick Whittington at Wycombe Swan Theatre until January 5.

He invited his girlfriend to meet the cast and seen behind the scenes of the show he’s proudly starring in this Christmas.

The pictures follow Curtis’ hint that there’s trouble in his relationship with Maura after admitting he hasn’t seen her “in a little bit”.

Admitting he was too busy to see Maura, Curtis told Lorraine:“We haven’t had time to spend with everyone, and Maura. I haven’t seen Maura in a little bit.

“We’re lucky because we have mobile phones so we can stay in contact so easily but it is a shame.”

By the time Curtis finishes in panto, Maura will just be kicking off her Dancing On Icejourney on the telly alongside Joe Swash, Lisa George and Trisha Goddard.

He has previously said their relationship is so strong that it can beat the show curse – and insisted there’s no way she’ll cheat with her hot skating partner.

And Curtis insists the secret toa successful relationship with Maura is to give her space.

The reality TV stars are one of the last remaining couples still together despite fans’ claims they were faking it all along.

Curtis told The Sun Online:“We don’t let anyone else influence the relationship.

“When we came out everyone was saying ‘why aren’t you making it official? Why aren’t you posting more on social media?’

“We just want to chill out and take it easy. We’ve only known each other three-and-a-half months. We are just enjoying what’s what.

“I allow her to do all of the things that she wants to do and she allows me the same. That gives us space.

“Then when we come and see each other, we really miss each other.”

Costa and Starbucks may be ordered to collect and recycle thousands of single use...

Emmerdale fans all have the same complaint about Chas Dingle – but quickly change...