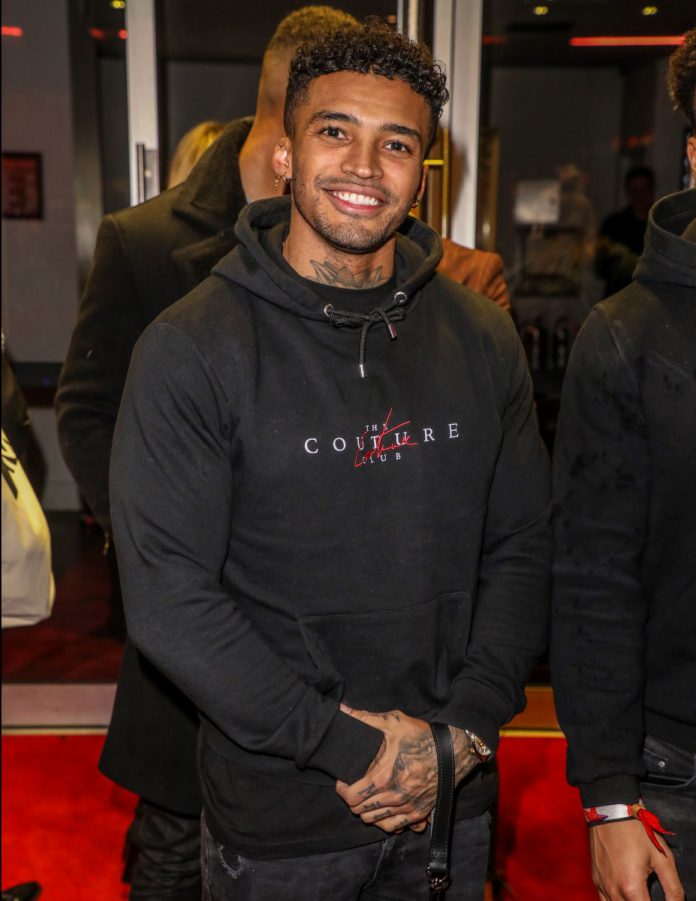 LOVE Islands Michael Griffiths has said he could see himself falling in love with Sophie Piper following his split from Ellie Brown.

The former firefighter had previously said Ellie was the one but confessed his feelings for Sophie during a game of Lips, Love or Leave on Capital Extra today.

Playing with Danny Williams and Jordan Hames, he admitted: LOVE.. she just seems so down to earth, she seems so funny, she has loads of banter, shes soft spoken and she’s dead pretty.

Referring to his ex, he added: “She looks like Joanna.

He wasnt so keen on Siannise though, saying: When her picture came up it kinda scared me a little bit.

His comment comes after Ellie another Love Island alumni said she was no longer with Michael after meeting on Ex On The Beach last year.

The former Love Island pair got together last year after filming the MTV reality show and 28-year-old Michael recently opened up about their relationship claiming he was well and truly smitten.

He told The Sun Online exclusively: Ellie and I did form a good bond on the show. The relationship we built was unbelievable. To have someone as amazing as her in my life means so much. I’m head over heels and I’m not letting her go.

However on Wednesday, just a day after Michael’s interview appeared on The Sun Online, the pair opened up on their split with Michael claiming that he never wanted it to “progress [in] any way because I thought that I would hurt her”.

“I don’t want it to go anywhere because I know Im gonna hurt [Ellie],” he told Raj and Pilar on The Reality Tea podcast.

“And I don’t want to lose the friendship that I’ve got with [her] because I adore Ellie, like I do.”

Ellie added: “It’s such a tough one, I don’t even think we really understand it. I think it’s more just that we hit the nail on the head before. Like you always said, you never go beyond that point because you didn’t want me to get feelings or whatever and then I think when it did go beyond that point, that’s when it got a bit messy. And it was kind of just like it had to be left.”

Ellie met Michael on the MTV show Ex On the Beach

The pair both revealed how well they got on

Discussing how romance blossomed on the show, which kicked off on Tuesday, Michael has previously revealed that he had “initially opened up to her because we were both from up north, she was a friendly face and I guess we have a lot in common both being on Love Island”.

“But then it grew into a lot more.

“She helped me open up and believe in myself a lot more.

Ellie hooked up with Charlie Brake on the 2018 version of the ITV2 dating show before splitting in a bitter break up months later.

But when she was voted out of the villa he didnt go with her and then later tried to get back with Amber who rejected him for Greg O’Shea.

Dani Dyer keeps her head down as she returns to UK after family holiday...

EastEnders fans all say the same thing as Amy Mitchell appears with a new...