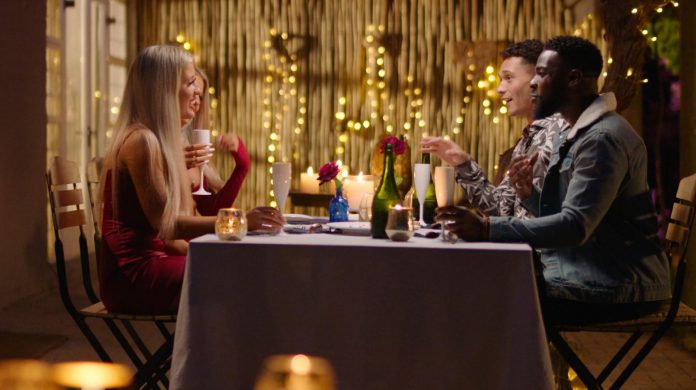 LOVE Island’s Mike and Callum will snog the WRONG twin and cause huge drama in the villa, according to latest fan theory claims.

In dramatic twist last night the boys were picked by Jess and Eve to couple up with.

Despite objections from her sister who wanted him for herself, Eve got to pick Callum, while Jess chose Mike.

They stole the boys from their previous partners Leanne and Shaughna , leaving the two women fuming.

Fans are already struggling to tell Jess and Eve apart and now think that their new guys will do the same.

One fan said: “What if the boys get confused and kiss the wrong twin when coupled up.”

Another tweeted: “Im waiting for Mike to accidentally kiss the wrong twin.”

While this one said: “Deffo could pass off getting with the wrong twin as an accident hahaha [sic].”

In tonight’s episode viewers will see the four of them go on a double date.

We also know that Eve will furiously shut down the girls after being confronted over stealing Callum from Shaughna.

Jess is also copping the heat after stealing Mike from Leanne.

Just two days earlier, Leanne stepped forward for Mike and he chose her to couple up with.

Viewers are convinced the pair had sex later that evening as they disappeared under the bedcovers.

Meanwhile, 2019 Love Island star Molly-Mae Hague has predicted war in the villa between the twins.

Discussing the new Islanders on her YouTube channel shesaid she’s convinced the sisters will kill each other over Callum and Mike.