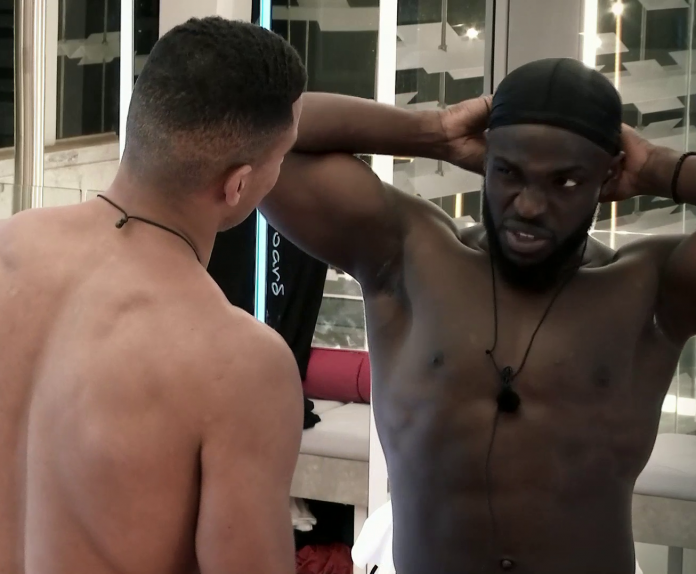 LOVE Island fans were distraught at news Mike Boateng and Leanne Amaning – until now the villa’s strongest couple – are on the rocks.

A sneak-peek at tomorrow’s episode showed the ex-policeman being asked by Connaugh Howard: “Have you got doubts?” He replied: “Maybe.”

The pair had been the bookies’ favourites to win the first ever series of Winter Love Island.

One upset fan reacted to the potential split, tweeting: “MIKE & LEANNE? dont do this to me love island.”

Another posted: “Nah excuse me Mike and Leanne think they are allowed to leave this relationship without winning love island?”

It came after Shaughna Phillips was challenged to kiss the villa’s biggest game player – and marched over to 24-year-old Mike and gave him a peck.

Elsewhere in the sneak preview, Mike is shown confronting the 25-year-old, telling her: “I’m not going to lie, I’m a little bit annoyed.”

And she is later seen storming across the villa lawn, shouting: “For f**k’s sake – I’ve had enough.”

Why is Roblox was down?

Meghan and Harry latest – Prince ‘slams’ critics for ‘driving a wedge’ between him...