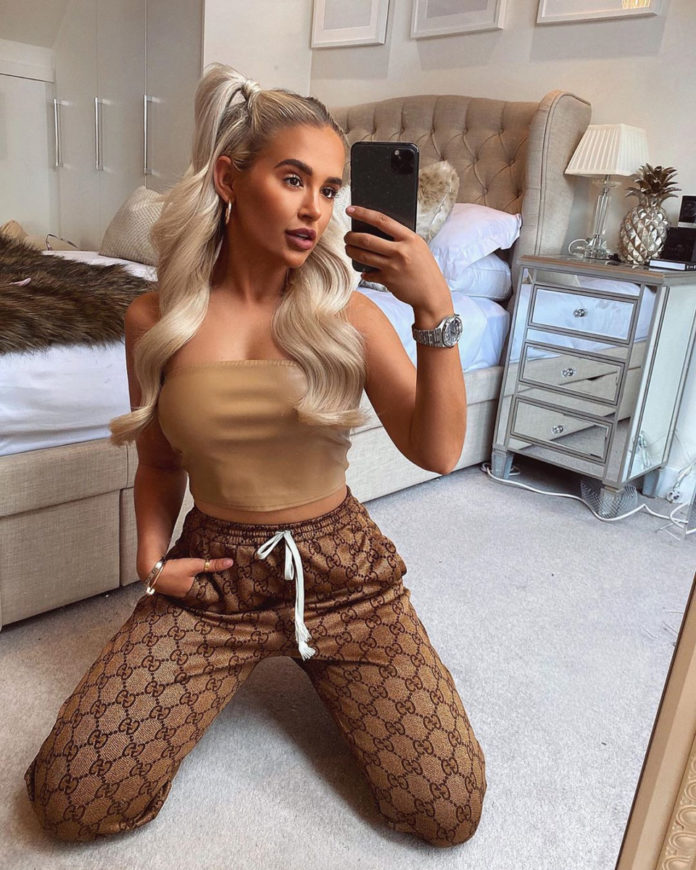 The couple were isolating at Molly‘s mum’s house in Hertfordshire, but have since relocated back to their Manchester apartment.

YouTube star Molly-Mae had been sharing pictures and videos of her mum and sister spending lockdown together in Hitchin, telling fans she was relieved they’d chosen to self-isolate there.

She even gave fans a sneak peek at her childhood bedroom where she has been sleeping with boyfriend Tommy the last few weeks.

But they had a change of heart during the six-week lockdown as fans spotted they’re now back at their plush Manchester flat.

A source told HOAR Online: “They left Molly’s mum’s house to head back home to Manchester, but they haven’t come in to contact with anyone on their travels only each other.” Molly pictured last night back in her Manchester flat Tommy on a daily walk in Hitchin One fan commented: “Molly and Tommy have been posting pictures and video’s from quarantine at Molly’s parents house, at one point I remember Molly saying so glad we chose to isolate here.

“Now she has posted on Instagram and she is back in Manchester at her and Tommy’s flat.

“I appreciate this isn’t the worst thing in the world but travelling between homes is deemed non essential travel and I think it’s a bit silly of her to change location and post showing she has.”

Another added: “I agree that they probably didn’t break any social distancing rules but a big part of why you arnt meant to make any unessential journeys is to limit the risk of accidents on the road requiring emergency response, therefore taking up resources.

Some fans have complained about the couple breaking lockdown rules

“Just because they probably didn’t break any social distancing rules doesn’t mean it’s okay to do. The gov have been clear on travelling to second homes etc not being allowed.”

Someone else said: “They have definitely done wrong. Unless the situation at Molly’s parents has become completely untenable they should have stayed there.” In the first three weeks of lockdown, the government said the public should only be leaving their homes for essential travel, which did not include visits to second homes.

When another three weeks was added to the lockdown, police said it was deemed reasonable to move to a friend’s address for several days to allow a “cooling-off” following arguments at home.

The latest regulations allow people to move house, which means that individuals can move between households, but only in critical cases. Molly-Mae revealed that boyfriend Tommy had ‘accidentally broken’ her nose She revealed Tommy had done it during a play fight

Last night Molly accused Tommy of “breaking her nose” after her phone slammed into her face when he threw a gigantic teddy at her.

They then spent the evening watching repeats of Tommy’s boxing matches.

Fellow Love Island star Finn Tapp, 22, jumped in his car the day after Prime Minister Boris Johnson put the country in lockdown due to the spreading coronavirus pandemic on March 23.

The couple were forced apart when Paige moved back to her West Lothian home, while Finn was 400 miles away in Milton Keynes.

So that they weren’t separated, Finn made a six hour drive to meet Paige at her home in Scotland – despite the warning not to make unnecessary travel.

Stacey Solomon is caught out using her whole BODY to mop the kitchen floor...

Dancing On Ice fans all have the same complaint about Coronation Street star Sally...