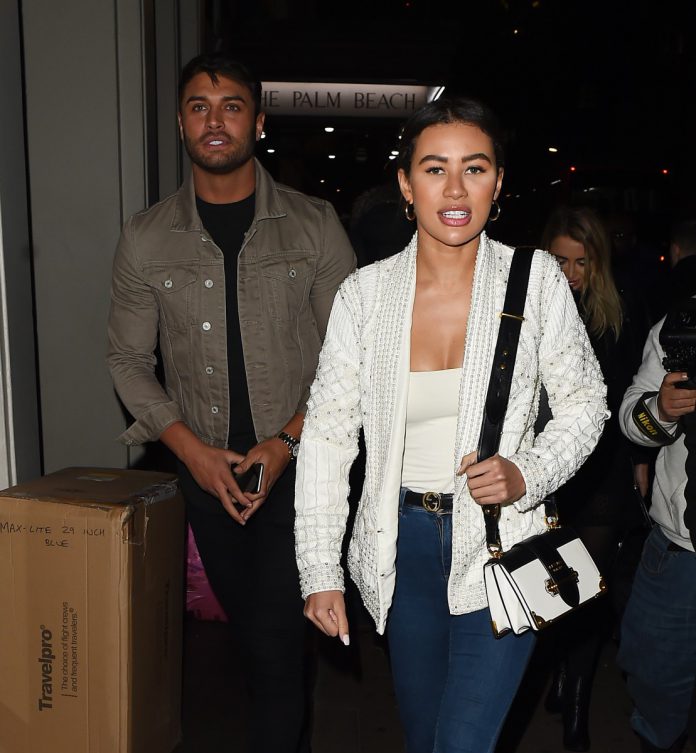 LOVE Island stars Montana Brown and Jonny Mitchell have paid tribute to their late friend Mike Thalassitis on what would have been his 27th birthday today.

The pair grew close to the reality star during their time on the reality show in 2017 and were left heartbroken when he took his own life in March of last year.

Taking to Instagram to remember him today, Montana wrote: Happy birthday angel face, miss you so much and I hope youre having a party party up there wherever you are.

I wish we all had more time with you. We lost you too early.

Offering advice to others who might be feeling low or struggling, she continued: If youre looking at this feeling suicidal and unhappy, please speak to someone, if you dont want to speak to someone you know, you can also text @giveusashoutinsta .

You are all amazing, you all are worthy of the help and I know youre so loved.

Jonny shared a picture of himself with Mike looking happy and wrote: Happy Birthday Magic Mike. Miss you big man.

Another co-star Georgia Harrison also posted a touching tribute to Mike, describing him as an “absolute gentleman.

The devastated star wrote:Happy birthday @mike_thala i think of you all the time, your humour, your caring nature, your generosity, the way you were an absolute gentleman.

The sort of man that would carry your bags for you, open the door for you, be the first person at the bar offering everyone a drink.

I miss you so much and i still regret so many moments where I missed the extent of what was going on in your head. I know youre in a better place and you motivate me in so many ways still.

Thank you for making me laugh and being by my side when I cried.

She went on to encourage others to speak out if suffering from mental health issues, before adding: He was an absolute legend and legends never die. I love you so much , when u left you broke the hearts of people that hadnt even met you because you were that amazing. See you in the next life.

Mike tragically took his own life last year – an inquest heard how Mike killed himself after acocaine and booze binge and left suicide notes next to his body.

Days after his death Montana appeared on This Morning and broke down in tears asshe revealed that she didn’t reply to Mike’s final text, sharing: “I spoke to him two days before. But Im kicking myself because he text me but I didnt actually reply. Im really bad on my phone. I wish I had replied.”

Montanaalso gave a moving eulogy at Mike’s funeral in April, urging mourners “to be kinder and more genuine” in the tearful speech.

One million households to get energy bill refunds after 18 suppliers broke switching rules...

Boris Johnson will confirm in weeks if Indian variant will threaten June 21 roadmap...

Dancing On Ices Hamish Gaman says hes not ok and the truth will come...