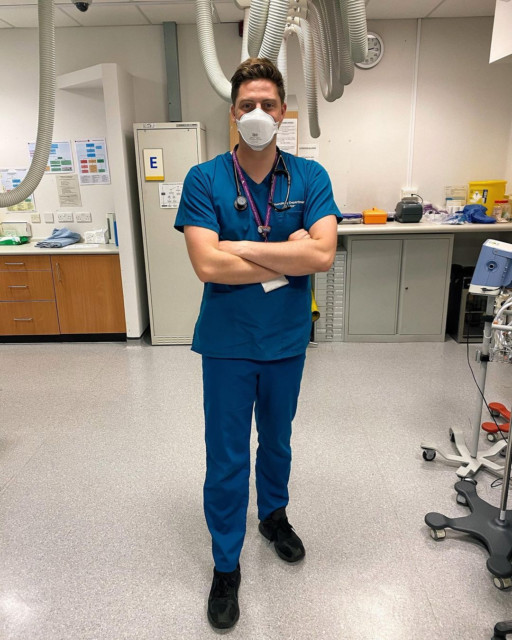 LOVE Island star Dr Alex George has opened up on the tragic death of his younger brother Llŷr – and revealed he’s leaving his A&E job.

The 30-year-old villa favourite took to Instagram to announce the news with fans, saying: “It won’t be easy but next summer I will be starting a fresh chapter”.

The change comes months after Alex’s younger brother tragically took his own life in July aged 20.

The reality star revealed the career change was the start of a “fresh chapter”.

Alongside a snap of himself in hospital, he penned: “CAREER UPDATE: I am leaving A&E!

“I have had the most incredible five years in the Emergency Department but it’s nearly time for me to move on. His younger brother tragically took his own life in July

“It won’t be easy but next summer I will be starting a fresh chapter. I am embarking on a new career within the medical field and am excited to have you all on this journey with me.”

He added: “All is explained on my YouTube channel, link in bio.”

Meanwhile, the star recently opened up on his Llŷr’s passing during an appearance on Frankie Bridge’s Open Mind podcast.

Alex admitted he’s still “numb” and would “never get over it”. He said: ‘I’ll never get over it, I think it will take me a long time to accept it’ He explained: “It’s been a tough few months, he passed on the 23rd of June so not that long ago. I’m probably still very much in a numb phase.

“I went through the horror, shock, breakdown in the first few weeks. It was out of the blue entirely. As an older brother, it’s tough to have a younger sibling do that. He had a place in medical school, he was due to start this year.

“I’ll never get over it, I think it will take me a long time to accept it. It was very much out of the blue. I think he was anxious about his exam results but we certainly didn’t think he felt like that.”

The frontline doctor tragically announced his brother’s death in July.

He wrote: “I have lost my beautiful little brother to mental health. I love you so much Llŷr. The kindest and most caring soul.”

“We are hurting so bad. No words can explain.”

Alex has since made several other moving tributes to his brother on social media.

EastEnders’ Danny Dyer tried to blag his way past bouncers on a night out...