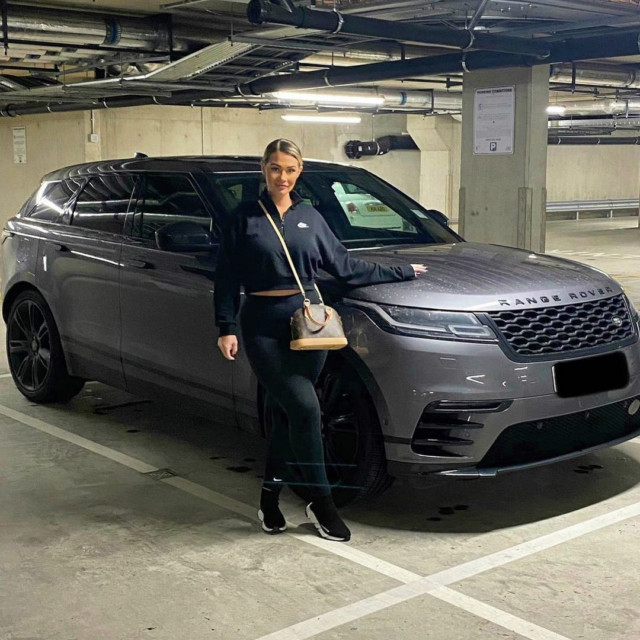 LOVE Island’s Shaughna Phillips has shown off her brand new £46k Range Rover after what she called the “hardest” year.

The reality star shared the snap of her luxury car with her 1.5 million Instagram followers, as she posed next to the vehicle with a smile on her face.

Shaughna Phillips has treated herself to a luxury car

Shaughna, 26, recently went through painful liposuction surgery to combat an abnormal build up of fat in her legs and bum, a condition called lipoedema.

She captioned the picture: “So I’ve had my new car for about a month now, and although I was so proud of myself for being able to get my dream car, I was also very aware that this year has been one of the hardest for a lot of people, and it just didn’t seem right to make a song and dance about it!”

To which one of her followers commented: “Be proud of your achievements and never hide them!!

Another wrote: “You have been a bright spot for so many of us this year! Drive it like the boss you are queen!!!” The 26-year-old had surgery on her legs

To which the emotional star replied: “I could genuinely cry at this comment

thank you so much! That’s lovely of you x”

Another fan added: “It’s been tough but you’ve been working hardd this year

Shauna, who is getting ready to strip off for The Real Full Monty on Ice, documented her recovery after undergoing surgery in September revealing it could take her up to three months to recover.

Two litres of fat were removed from her calves as she took to her Instagram story to share photos of containers holding the removed fat and her legs wrapped in bandages.

Alongside a picture of three containers holding two and a half litres of fat, Shaughna penned: “I had just over 2L of fat removed from my calves by the lovely @drdenniswolf. It was to treat my lipodema/prevent it from progressing.”

She shared another picture of her legs following the op and wrote: “Swelling takes around 2-3 months to subside, so I’m still pretty swollen.”

The star recently said she blocked people from commenting on her legs before she went into the villa earlier this year because she was self-conscious about them.

She explained: “Before I even went into Love Island you can block words that you don’t want to see and the first word I blocked was ‘legs’.

“I saw something the other day that said ‘another girl takes the easy way out’ and I replied to this person saying I was in no way lazy for getting my calves done.” Two litres of fat was removed The reality star is still recovering

Shaughna had put in hard work at the gym and shed four stone prior to the show but still wasn’t happy with the size of her legs.

She continued: “I think it was Lipoedema UK who put a before and after picture up. When I weighed 14 stone, I’d lost 4 stone and then posted a picture of before and after and I looked no different.

“So if that’s lazy – losing four stone, going to the gym and eating healthy then you’re the silly one. I definitely want to use my platform as much as I can to raise awareness and help women and girls.”

School holidays set to be ‘extended by a week’ for some secondary pupils, Gavin...