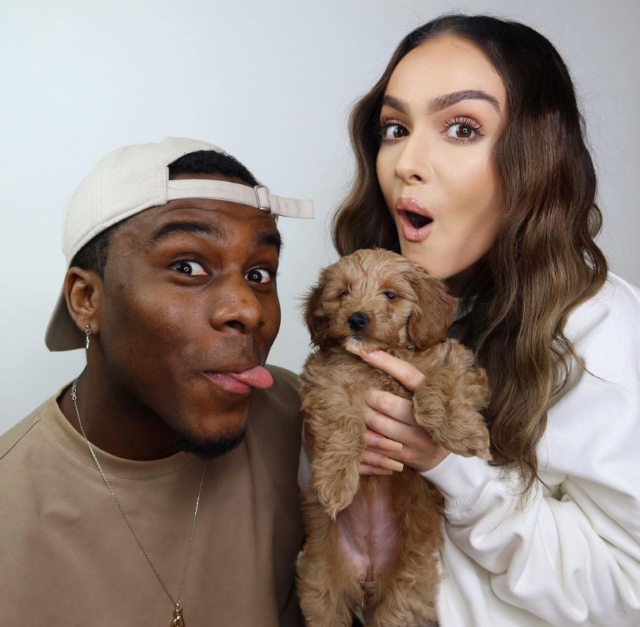 SIANNISE Fudge and Luke Trotman have revealed they now own a brand new puppy called Nala – one year after meeting on Love Island.

The 26-year-old reality star and footballer boyfriend Luke, 23, announced the news with a few sweet pics on Instagram.

In the first photo, Siannise smiled as she held up a gorgeous brown puppy, while Luke stuck out his tongue.

And in the second, her hands clutched the puppy’s chest tightly, while the happy couple flashed big grins. Luke and Siannise met on the winter 2020 series of Love Island, and have been together ever since

Lucie Donlan, who recently grabbed headlines of her own with a sexy Ann Summers shoot, wrote: “NO YOU DIDNT

omg what a cute little family

And Samira Mighty, another islander, added: “Omg stop it. Need.”

Siannise and Luke T first met on Love Island’s 2020 winter series, where they didn’t couple up straight away. They didn’t initially couple up on the series But their romance has gone from strength to strength Once they left the show, their relationship went from strength to strength – which is quite unusual for those who find love on the ITV2 dating series.

In May 2020, the couple moved in together, finding a swanky South-West London flat to call home.

Though the pair were forced to deny split rumours in July – after fans took note of the couple’s social media silence.

Siannise snapped back to her critics: ”Oh and me and Luke are very happy!”

Around the same time, Luke confessed that the couple were “both at that age” for planning a future of marriage and children.

He told the Daily Mail: ”We’re both at that age now when we’re thinking about marriage and starting a family.”

Meghan Markle latest news – Baby ‘will be named Diana in tribute to Prince...