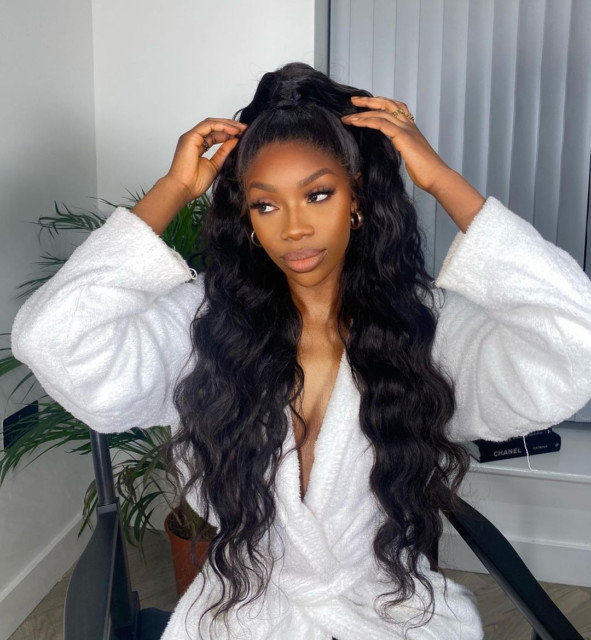 LOVE Island 2019 star Yewande Biala has hit out at fellow cast member Lucie Donlan once again for ‘mispronouncing her name’.

In a lengthy tweet, the Irish scientist-and-reality star, 25, said she had to “correct” Lucie’s mispronunciation of her name “multiple times” – and explained the harms of “radicalised renaming”.

To begin, Yewande first described her experience of joining a new school as a youngster – and being asked to go by her middle name, Elizabeth, instead of her first name.

She continued: “This is the last thing I’m going to say about this situation… “It’s important to recognise that asking for a nickname can feel invalidating, it makes me feel like an inconvenience, also ascribing a nickname to a person or participating in radicalised re-naming can be distressing.

“You as an oppressor, have stripped me of my identity, you’ve taken my power in choosing how I want to be addressed.

“I corrected her [Lucie] multiple times, I didn’t mind, because you are going to get it right.”

Yewande went on to allege a specific incident with Lucie during the filming of Love Island – after which she was comforted by an ITV2 producer. Lucie Donlan said she had been “bullied” by Yewande, to which Yewande said Lucie had not properly learned her name In her post, Yewande alleged a specific incident during Love Island filming in 2019 She wrote: “There was a moment just before a challenge. This was after three weeks in.

“She mispronounced my name, I correct her again and her reply was ‘yeah whatever you know what I mean’. I remember one of the producers putting her arms around me.

“Being black on TV means not rising you voice, not being too defensive, because you don’t want to creative the narrative of being an angry black woman or being a bully.

“I am not a bully, it’s such a huge accusation and one that should be handled very seriously. Yewande on Love Island, next to Amber Gill, who spoke out in her defence There were numerous feuds brewing in the villa, including both girls and Molly-Mae Hague (right)

“And lastly, I encourage everyone to be aware of radicalised renaming and name-based teasing.”

However, Yewande didn’t take the bullying claim lying down, clapping back: “You refused to call me by my name because it was too ‘hard to pronounce’ now you wanna say I bullied you!! Bullied” – alongside an angry face emoji. Beyond the villa, it appears there’s no love lost between Yewande and Lucie And Love Island’s 2019 winner Amber Gill was quick to leap to Yewande’s defence.

“Na when she said can I call you ‘Y’ I said lol no you can’t, can I just call you ‘her’, you were peaceful in that exchange,” Amber tweeted. “It was me with the vim.”

The 23-year-old influencer told MailOnline: “These are really old comments dug up purely to incite a row between two females. The surfer admitted: “I’ve been sent death threats which are incredibly scary as you can imagine.”

“In this day and age and with everything going on in the world, we should all be sticking together not attacking each other.

“I’ve been sent death threats which are incredibly scary as you can imagine.”

The 2019 series of Love Island has had its fair share of feuds. Both Yewande and Lucie have had run-ins with fellow contestant Molly-Mae Hague.

Lucie’s started in the villa after she made advances towards Molly’s boyfriend Tommy Fury – and Yewande’s was revealed after Molly didn’t invite her to her PrettyLittleThing launch party.

Where to buy a PlayStation gift card and which shops sell them?