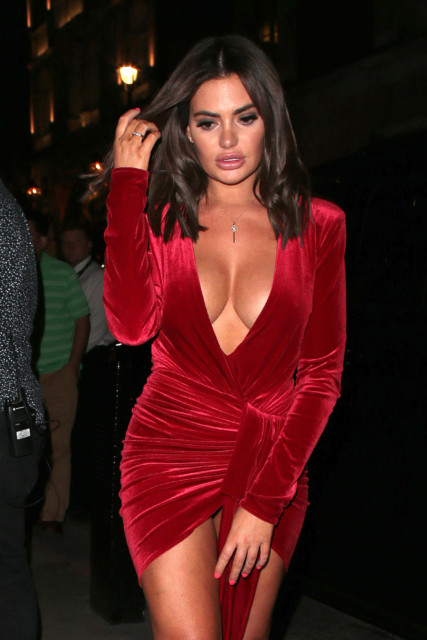 MEGAN Barton Hanson has joked she’s signed up her Towie pal Bobby as a sperm donor – and vows to “only date girls” after her fling with a married man.

The 26-year-old Love Island star has opened up about wanting to have kids after deciding she will settle down with a woman.

Megan Barton Hanson is thinking about becoming a mum

The former stripper said on FUBAR Radio: “I thought, I enjoy girls’ company and I enjoy the physical side, but I didn’t really see me having a future with a woman.

“But now since I’ve had a serious girlfriend, I’m all up for that!”

She added: “It doesn’t matter whether it’s male or female, ultimately one day I want kids. It’s just gonna be a different route with a woman that it would be with a man.”

And her TV pal Bobby was quick to offer up his services to make her dream of becoming a mum true. Bobby Norris offered up himself as a donor He said: “If you ever need a donor, hook me up, send me a WhatsApp, I’ll put it in a jiffy bag over to you! If you give me an egg, I’ll give you a sperm. Happy days!”

Megan replied excitedly: “Oh my god I’m holding you to that! One hundred percent! Oh Bob they’ll be beautiful!”

The reality star has dated Towie’s Demi Sims and had a relationship with singer and footballer Chelcee Grimes, which ended in March. She was pictured snogging multi-millionaire Harry Fenner in a public park on Friday afternoon, but later found out he had a wife.

Will Strictly Come Dancing happen in 2020?

Who is Eric Cowell and how old is he? Simon Cowell and Lauren Silverman’s...