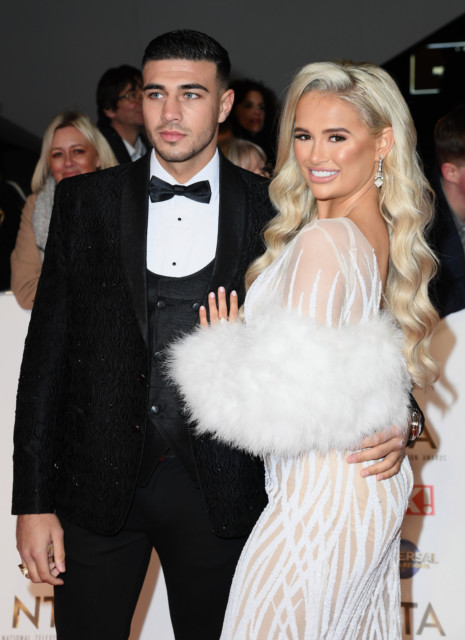 The couple, who met on Love Island last year, have certainly wasted no time in celebrating their love for each other since returning back to the UK after their stint on the show – and now it looks like things are about to get even more serious.

Molly-Mae Hague reveals her wedding plans for the future

Molly, 21, has now hinted that the pair are definitely going to take their relationship to the next level in the near future.

During a Q&A on her Instagram Story, the YouTuber opened up about how she’d like her special day to plan out – and joked that she’d invite some of her 4.2m followers to make up numbers.

One fan asked: “Do you want a big wedding or a small?” Molly joked that she’ll invite her 4.9m followers can attend their big day

“But I have about three family members to maybe I’ll just invite all you lot,” with a wink emoji.

The lovebirds have certainly gone full steam ahead with their relationship after falling for each other on the popular ITV dating show in 2019.

They soon moved into their first ever apartment together in Manchester, which boasted stunning views across the city and have since then moved into another stunning £1.3m Cheshire home with huge terrace, all-grey interior and massive sofas.

During their recent stint on Love Island: What Happened Next, Molly was left gobsmacked when 21-year-old Tommy admitted he wants five kids in just ten years’ time. The pairs relationship has gone from strength to strength

Molly joked that she is waiting for the boxer to propose and warned him she wants something “big and extravagant” for her engagement ring.

But Tommy has been looking even further into their future and plans to start a big family with the Pretty Little Thing ambassador.

Molly told the cameras: “We are so excited for what the future holds I can not even explain to you.

“We talk about it every single day.” Tommy admitted on Love Island: What Happened Next that he would like five kids with Molly

Although Molly doesn’t seem to up for having five kids and exclaimed: “FIVE kids?”

Tommy replied: “Yeah, I want an army of kids.”

The influencer brought him right back down to earth and said: “Well that’s not happening, we’re not doing five kids. Two, maximum.” Although Molly revealed she only wants two kids with the boxer

Molly was also left fuming when she had to watch best pal Maura Higgins crack on with her lad whilst watching the ITV special back at home.

Molly joked: “When you’re made to watch your best mate and man crack on!”

But the blonde beauty has definitely put all things aside as the two are now closer than ever.

Over the summer they enjoyed a luxurious holiday in Greece and ignored Manchester’s strict Tier 2 lockdown rules and enjoyed a sleepover together over the weekend.

Love Island fans beg bosses to ban Ched and Jess from the Hideaway after...

The Queen to open Parliament in full pomp and ceremony to reveal Boris Johnsons...