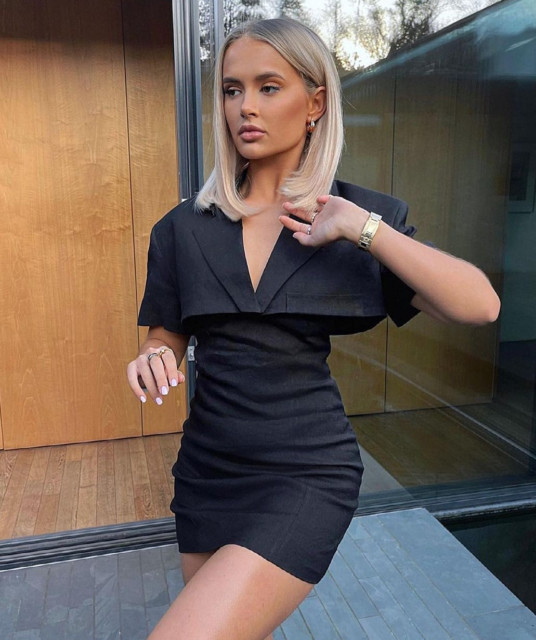 MOLLY-Mae Hague splashed out £1,060 on two pairs of designer swim shorts for her boyfriend Tommy Fury.

The Love Island star flashed the cash on pricey Louis Vuitton trunks for her beau, priced around £530 each.

The 21-year-old boxer couldn’t believe his luck as he gushed over his girlfriend for giving him the thoughtful gift.

He posted a snap of the present alongside this sweet message: “This girl never fails to surprise me.”

“Not like you can wear them anytime soon,” she quipped

The blonde beauty has clearly got the money to splurge after signing another £1m deal with Pretty Little Thing. Molly has been synonymous with the brand since shooting to fame on the ITV2 reality show in 2019.

A source told HOAR: “Molly is so excited about what is planned with PLT for this year there is some big plans in place. She is one of PLT’s best selling ambassadors and she is grateful to them for continuing to re invest in to her.”

After she left the Love Island villa we reported how Molly secured a £500,000 deal with PLT. The following year an even more lucrative £600k deal came her way.

In December HOAR reported the pair are Instagram’s top earners after charging £20,000 for one social media post. Did you miss our previous article…
https://www.hellofaread.com/love-island/new-mum-dani-dyer-fears-shes-struggling-to-complete-simple-jobs-after-welcoming-baby-santi/

Brits will need three jabs for vaccine passports from as early as February, Sajid...