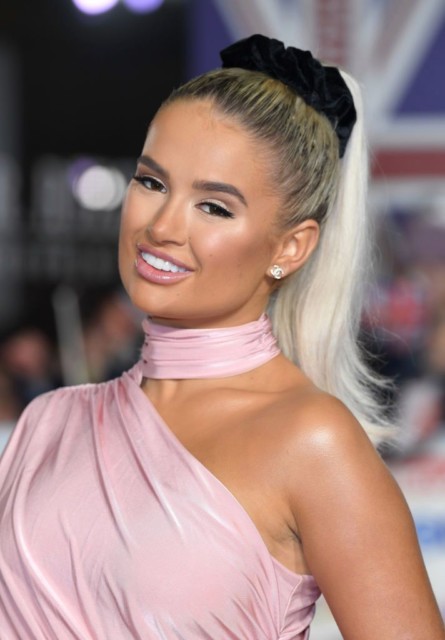 MOLLY-MAE Hague has been tipped for Strictly Come Dancing as the show is prepared to lift its reality star ban.

Odds on the Love Island star signing up to the BBC series have been slashed despite judge Craig Revel Horwood previously saying reality stars were not “high calibre” enough to take part in the celebrity dance competition.

Bookies now have down on 3/1 after her huge success since appearing on Strictly on the match-making show.

Coral’s John Hill said: “Molly-Mae was one of the stars of Love Island in 2019 and our betting suggests her next challenge could come on the Strictly dance floor this year.

“Although we wouldn’t rule out Molly-Mae from shining up the dance floor, she is not amongst the early favourites to lift the Glitterball Trophy.”

Towie’s Gemma Collins was famously snubbed by Strictly in 2017 when legendary judge Craig said she would be “fun on the show, but it’s not very often that we have reality stars take to the ballroom”. Molly-Mae rose to fame on Love Island with Tommy Fury, who is also tipped for I’m A Celeb this year

“We generally have people of a higher calibre than that,” he added.

Gemma later told HOAR: “I find his comment funny. I’m not low rent, Craig. We’ve all got to start somewhere and it’s a shame to just knock someone out of giving them a chance because they don’t think I’m high calibre enough.

“Well I’m sorry I wasn’t born with a silver spoon in my mouth but I get 2.2m hits on social media. Where did he start? He was just a dancer and I was just a girl from Romford once. I’m not being funny, a couple more years who knows? I could be sitting drinking tea with Madonna.

“If anything, I’d probably bring a different audience to the BBC.” Gemma Collins was snubbed by the dance competition in 2017

However, Gemma is now planning revenge on Strictly Come Dancing by targeting a place on the US version.

She came to the attention of the US dance show after impressing US audiences with her appearance on the Netflix hit drama Orange is the New Black in 2018. A source said: “Gemma would love to have another crack at the US. The Americans loved her when she made a cameo in Orange is the New Black and bookers on Dancing with the Stars have shown an interest.

“Gemma’s schedule is always jam-packed and it’s difficult for this year but the team in the US are keen to secure her for 2021.”

Phillip Schofield, Maya Jama and Katie Price are among the other stars tipped to join the Strictly 2020 line up.

The secret signs Prince William has stepped up since Prince Philip died – and...

Schools reopening: All pupils in England to return to class on March 8 as...

UK weather: Brits to enjoy mild Saturday after 75mph winds and downpours – before...

EastEnders fans horrified as Ben Mitchell threatens Tommy Moon after he catches him with...