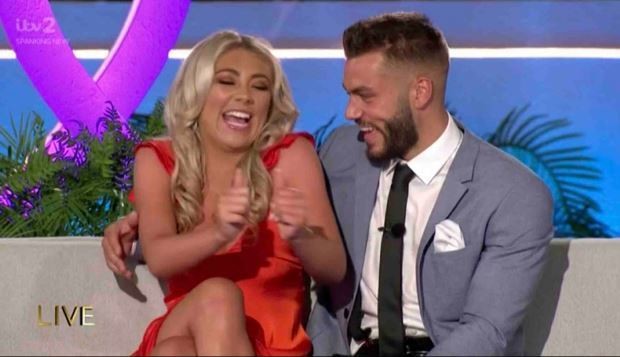 PAIGE Turley and Finley Tapp are planning a romantic holiday back to Cape Town after winning Winter Love Island.

The couple want to explore the exotic South African capital properly after falling in love with the area while starring in the ITV2 show.

Scottish singer Paige, 22,  and footballer Finn are set to head back to Cape Town to see more of the city after they only caught a glimpse while on Love Island earlier this year.

A source said: “Paige is besotted with Cape Town and is keen to see more.

“It’s the place where she fell for Finn, and the two of them have agreed the little they saw of it has given them a taste for more.

“They are talking about heading back there for a romantic holiday so they can explore the beautiful city and soak up the culture  – even going on safari.”

The couple who won Winter Love Island aren’t wasting any time in moving forward with their romance.

They have revealed they are going to start a family “quickly” after winning the first ever winter series of the show last month.

Paige and Finn are also planning to get married and will be having two weddings because they can’t agree on where to hold their big day.

While Paige would like to tie the knot in the Maldives, Finn, 20, wants something a little more traditional.

Meanwhile low-key Finn told OK! Magazine: “I would like a big traditional church wedding in my local church because that’s where my parents and their parents got married.

“We’re going to have to come to a compromise. We can’t agree so maybe we’ll have two weddings!”

One thing they do agree on is starting a family though and it sounds like it won’t be long until there are more Love Island babies running around.

Finn revealed: “We’ve already discussed how many we want. I’ve always wanted a big family so I want four or five and Paige wants three.”

Paige continued: “We want to start a family quickly and we’ve discussed names. I like Darcey for a girl and Hugo for a boy.”

Lockdown to end in Wales on MONDAY after hopes for ‘sustained reduction’ in cases...