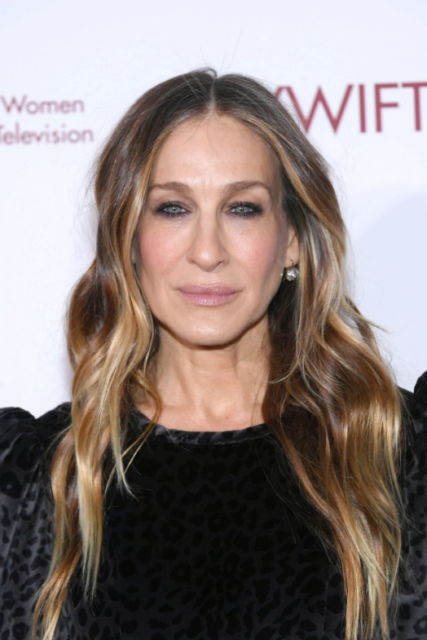 SARAH Jessica Parker is helping people find love as she will be developing a new dating show with Lifetime.

The actress has joined forces with Love Island producer ITV America for a dating social experiment that is currently titled Swipe Swap.

Sarah will be aiming to match up singles

Sarah, 55, will executive produce the show via her Pretty Matches Productions, and will also be working with ITV Entertainment.

According to Deadline, Swipe Swap will follow two singles who trade places and adopt each other’s lifestyles.

This includes living in one another’s homes as well as making pit stops at each other’s favorite local spots. The upcoming show will be airing on Lifetime

The singles will also find themselves bonding with one another’s friends and family, all with the hope of finding true love.

The A lister will be executive producing the show alongside Alison Benson, who she founded Pretty Matches Productions with in 2005. Sarah has her own production company

The company is also behind Sarah’s HBO show Divorce.

While Sarah will not be in front of the camera, that does not mean she is done performing as she is set to star alongside her husband Matthew Broderick — who she shares son James, 17, and daughters Marion and Tabitha, 11, with — in a revival of Neil Simons’ Plaza Suite on Broadway. The longtime couple have three kids Originally set to kick off in March of this year, it has now been postponed to March 2021.

Even though Sarah  seems like she is staying quite busy, she has also found time for herself.

Earlier this month, Sarah headed to a beach in the Hamptons to catch up on a little bit of reading as she was seen with a copy of the novel, The Margot Affair by Sanaë Lemoine Sarah relaxed on a beach recently

She turned heads as she was spotted in a chic black one-piece bathing suit.

Sarah also rocked a white cover-up around her waist and matched it all with some large-rimmed sunglasses.

While he was not caught in snaps, Matthew — who she tied the knot with in 1997 — accompanied her. The Golden Globes winner is of course best known for her role as Carrie Bradshaw in Sex and the City.

The popular series ran until 2004, but Sarah recently reunited with some of her costars including Kim Cattrall.

The stars called in to talk to The Bradshaw Boys and support the healthcare providers who are on the front lines caring for people who are sick with the coronavirus.

Sarah said: “I don’t think we ever imagined that we would be asking this of our medical community.

“I don’t know how to thank them enough.

Kim added: “Without you, we couldn’t keep going.

One Love Island boy has been dumped and already left the villa as...