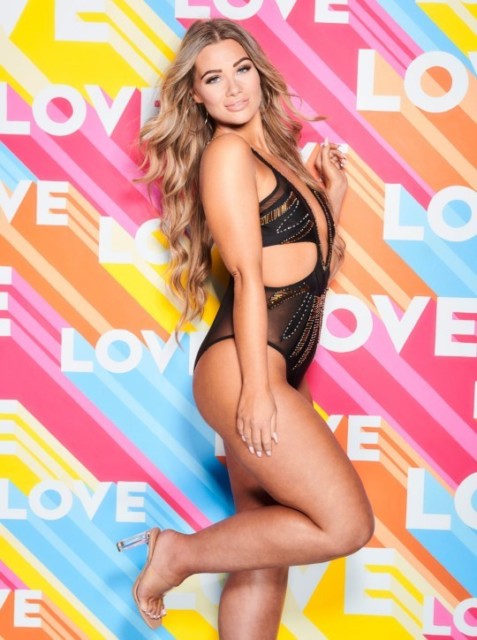 SHAUGHNA Phillips has shared painful-looking photos of her swollen legs and said it will take three months to get over her liposuction surgery.

The 2020 Love Islander suffers from lipoedema – an abnormal build up of fat in the legs and bum – and has documented her recovery after undergoing surgery in September.

Shaughna, 25, decided to have liposuction on her calves, where two litres of fat were removed.

Taking to her Instagram Story on Sunday she shared photos of containers holding the removed fat and her legs wrapped in bandages.

Alongside a picture of three containers holding two and a half litres of fat, Shaughna penned: “I had just over 2L of fat removed from my calves by the lovely @drdenniswolf. It was to treat my lipodema/prevent it from progressing.”

She shared another picture of her legs following the op and wrote: “Swelling takes around 2-3 months to subside, so I’m still pretty swollen.” Shaughna, who suffers from lipoedema, posted sore looking photos of her calves She also revealed 2ltr of fat was removed from her legs Shaughna’s legs are bandaged after surgery Despite her surgery the candid reality star was in good spirits

The star recently said she blocked people from commenting on her legs before she went into the villa earlier this year because she was self-conscious about them.

She explained: “Before I even went into Love Island you can block words that you don’t want to see and the first word I blocked was ‘legs’.

“I saw something the other day that said ‘another girl takes the easy way out’ and I replied to this person saying I was in no way lazy for getting my calves done.”

Shaughna had put in hard work at the gym and shed four stone prior to the show but still wasn’t happy with the size of her legs. She continued: “I think it was Lipoedema UK who put a before and after picture up. When I weighed 14 stone, I’d lost 4 stone and then posted a picture of before and after and I looked no different.

“So if that’s lazy – losing four stone, going to the gym and eating healthy then you’re the silly one. I definitely want to use my platform as much as I can to raise awareness and help women and girls.”

The star surprised fans when she revealed she’d had surgery by posting snaps from her hospital bed.

Shaughna said: “So just because I’ve seen so many questions on my InTheStyle Q&A about what surgery I’ve had, I just thought I’d let you all know because I’m not going to hide anything and I was going to tell you all anyway. Shaughna has been trying to raise awareness of the condition

“I have had liposuction on my lower legs, so my calves, because I was recently diagnosed with lipoedema, once I’d come out of the [love Island] villa.

“I’ve kind of always had an insecurity about my legs, but there were so many questions about if I’d ever been diagnosed with lipoedema, and I didn’t even know what it was.”

She added: “So after some research and going to the doctors, I was finally diagnosed and then had my surgery on Wednesday.”