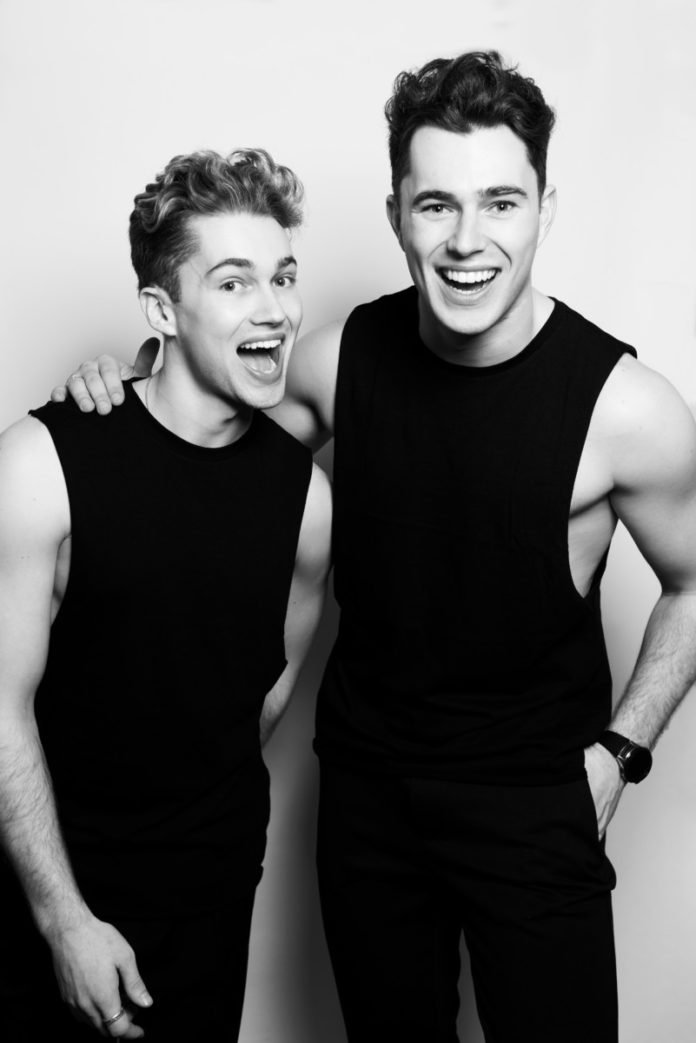 DEPARTING Strictly Come Dancing pro AJ Pritchard has told how he wants to become one half of a new  Ant and Dec double act.

The dancer, 25 quit the biggest show on telly on Thursday and, in his first interview since his shock announcement, now says he dreams of emulating the Geordie TV hosts with his younger brother, ex-Love Islander Curtis, 24.

Speaking exclusively to The Sun, he says: “We would love to be that presenting duo, like them. We want to bring our brand — that all-singing, all-dancing Saturday night style of family entertainment, a bit like Bruce Forsyth.”

AJ says of leaving BBC ratings giant Strictly after four successful series: “I want to have my own brand and there were things I couldn’t do because of the Strictly brand and the time involved.

“It took up six months of my life, some days I would work 18-hour days because I was dancing and choreographing.

“I didn’t have a life and I wanted to be able to do more. AJ, with former partner Mollie King, made the shock announcement that he was leaving the hit dance show on Thursday

“I want to show people what I’m about — not just, ‘Here’s my celebrity partner this year that I’m going to showcase’.

“I did have to turn down things in the past, which I was upset about sometimes, but I understood I was part of Strictly Come Dancing. Now I am going to pursue things I didn’t have the time for. It’s the right move.

“It’s a relief to finally quit. If I didn’t further my development now, while at my peak mental well-being, I would regret it.” The dance pro says ‘I want to show people what I’m about — not just, ‘Here’s my celebrity partner this year that I’m going to showcase’

He says: “I’ve loved the series I’ve done but I wouldn’t want to do it again and again until I felt like it was too much for me. I would rather have great memories. If I do the same thing each year, that feels like I am sat on a shelf, and mentally that wouldn’t be wise.

“Some people may think I’m crazy leaving the biggest show on TV.   I could have stuck with it for the rest of my working life, but it’s not what I wanted.”

He is the second big name to leave the show in the space of four weeks, after pro dancer Kevin Clifton, 37, also quit, to pursue a career in theatre.

AJ now admits Strictly was never on his “planned career path” and he turned it down three times before joining, as its youngest ever pro, aged just 21. AJ is currently self-isolating in his family home in Stoke-on-Trent with his dancer girlfriend Abbie Quinnen, 23

He also says he had been considering quitting for the past year.

Speaking frankly about Strictly’s gruelling demands and the toll it took on him, he says: “Every single year  I thought, ‘How the hell am I going to get out of bed to keep going?’ — because of the sheer energy levels.

“You would do 18-hour days, mentally there is a lot of stress on you and you’re on TV every day. It kills you.

“I won’t miss Monday morning rehearsals in a freezing studio at 8am. I will happily never do that again. There’s a lot of strain, both physically and mentally. The new Ant and Dec?

“People see the 90 seconds of our dance  but we start rehearsals at the end of July, then continue until Christmas. Nobody ever sees all the hard work that goes on behind the scenes.

“The best way to describe being a pro is a life coach. You deal with your partner, who has ups and downs, you really take on so much more than just dancing.

“It’s dealing with your partner’s stress, nerves, anxiety,  whether they have issues at home. You are exhausted by it. You get so close. The only thing that kept me together was thinking about all the people watching at home who you are making happy.

“But I don’t regret joining one bit, as I’m really grateful for the experience and the platform its given me.” Despite an arduous training regime, AJ was at pains not to get injured, but this was a major mental as well as a physical challenge.

He says:  “You’re not allowed to get injuries. I’m good at keeping my physical health. My brain is not allowed to have injuries, neither is my body. You somehow pull it together. I don’t know if it’s just being young or pure adrenalin. You get through it, the aches go.”

Another pitfall AJ avoided was the “Strictly curse”, where a series of contestants over the years have split up with partners they had before going on the show to date their dance partner.

He never had romances with his partners, despite rumours of his closeness with  Mollie, but he admits the famous Strictly curse is inevitable if a celebrity is in a rocky relationship before going on the show. He says: “It’s the Voldemort of the show — we don’t want to talk about it but we all want to know about it. “You can’t argue with the facts. If there is a crack in somebody’s relationship then spending time, all day, with someone, rubbing up against them, is going to make the cracks much worse.

“I can honestly say my partners were just so happy to learn a dance and perform it. Everyone thinks you’re at it behind closed doors. A lot of the time you’re not but a lot of the time people are, yeah.”

There has been reported unrest among the show’s pro dancers about how their pay compares with that of the judges and presenters.

But AJ — now self-isolating in his family home in Stoke-on-Trent with his dancer girlfriend Abbie Quinnen, 23, brother Curtis, and his dance teacher parents Debi and Adrian —   says of quitting the show: “This is more than about money. It’s one thing, but it’s about creating a positive lifestyle. AJ has not ruled out a big return to the show in  future, but only with a  promotion

“I’ve been smart with my money and own a property in London so I’m very happy, and I’ve got a nice car.”

Of course, AJ would have loved to have waltzed away with Strictly’s Glitterball trophy, but his only hard feeling is over getting knocked out of the 2016 show, in the semi-finals dance-off, by former Hollyoaks star Danny Mac and his partner Oti Mabuse.

He says: “Claudia and I should have been in. Danny Mac, our semi-final dance-off was better than yours, I’m throwing that out there.”

AJ has not ruled out a big return to the show in future, but only with a  promotion.  He says: “I don’t see myself going back to Strictly as a professional in the same capacity as I started. But I’ll definitely keep dancing.”

Above, AJ gives us the rundown on his partners. SHE was a  pocket rocket who worked like an Olympian. We did some amazing acrobatics. That year was my first on Strictly and a massive learning curve. I was the show’s youngest pro ever and had a lot to prove. Our lifts and flips had never been done on Strictly before and I don’t think that some of them will be again. Mollie was one of AJ’s hardest working partners

HER personality was infectious, she was so happy. I’d say, ‘I think we’ve got this dance’. But she was so hard-working, she’d say, ‘No, go and eat, come back and we’ll do it again.’ She worked until her feet bled. Ten weeks into the show she went above and beyond. Our waltz was emotional and I’ll never forget it. IT was about challenging stereotypes as well as creating dances. She never wanted to be in a photo showing she only had one arm, but I made sure she did, and she felt so much more confident and happy about being Lauren with one arm. It was so important for me as it changed my whole perspective on disability. SHE was the biggest Strictly fan ever – she and her family watched the show every week, so she knew what would be happening and I didn’t have to explain it to her. Sometimes celebs who do the show haven’t actually seen it, so to have a superfan was the nicest thing ever. She was caring and thankful to be on the show.

Rishi Sunak faces £40billion black hole when he walks into No10

Ghislaine Maxwell news: Brit was ‘mastermind’ of Epstein abuse & Prince Andrew should be...