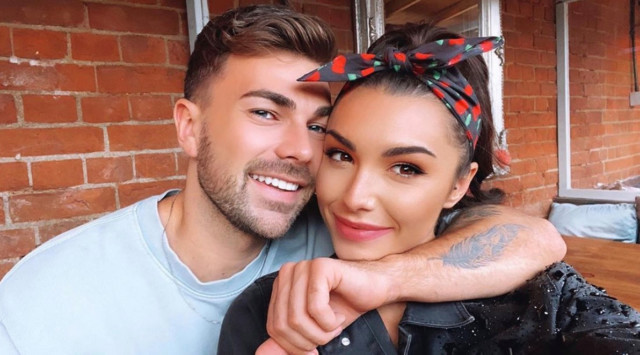 REALITY stars Kailah Casillas and Sam Bird have announced their engagement, after eight months of dating.

Kailah, who was a competitor on The Challenge, found love in the real world with Ex on the Beach: Peak of Love star Bird – who also appeared on the UK’s Love Island.

Reality stars Kailah Casillas and Sam Bird have announced their engagement, after eight months of dating

She shared a closeup of the roundcut diamond on her Instagram Story, writing, “I’m lucky.”

Bird, also 27, showed the newly engaged couple celebrating with chocolate, on his Stories.

The couple are on a romantic vacation on the island of Zakynthos in Greece. Kailah, who was a competitor on The Challenge, found love in the real world with Ex on the Beach: Peak of Love star Bird – who also appeared on the UK’s Love Island

Fans will recall that Kailah’s love life came under scrutiny on MTV’s The Challenge: Total Madness because she was in a relationship back home with DJ Michael “Mikey P” Pericoloso when she hooked up with fellow competitor Stephen Bear.

Casillas and Pericoloso, whom she’d been dating for over three years, ultimately broke up.

Kailah also briefly appeared on Lindsay Lohan’s Beach Club, until Lohan sent her packing for having a bad attitude.

Bird’s love life also played out on TV when he appeared on season 4 of the UK’s Love Island. The couple got together in January this year They’ve shared an abundance of vacations, heading to Greece and Spain recently They appeared on different reality shows She’s been spending time in his native UK She claimed he’s her “favorite person” in a gushing post

He started dating Georgia Steel on the show but they didn’t leave the island together.

However, the two rekindled their romance after filming and moved in together.

They called it quits in October 2018 amid accusations of cheating, but Bird and Steel, 22, then both appeared on MTV’s Ex on the Beach: Peak of Love, in 2019.

Things didn’t work out between Bird and Steel on the second time around.

He and Kailah went public with their relationship in January this year.

Healthcare & hospitality workers could have to pay extra TAX if their employers pay...

The pubs and restaurants doing Rishi’s Eat Out to Help Out scheme including Harvester...