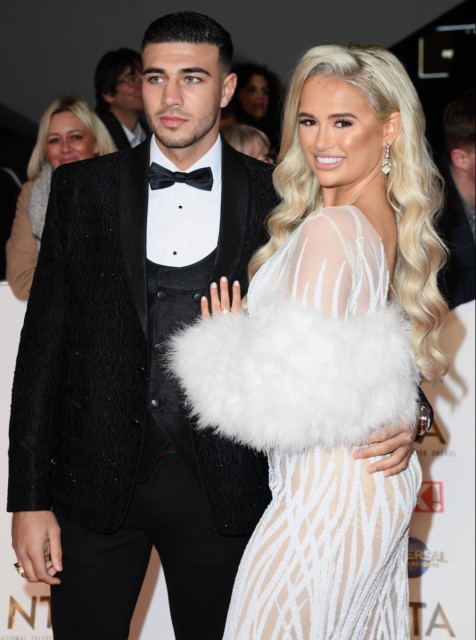 The former boxer, 21, and his now-girlfriend Molly-Mae Hague finished second on last year’s series of the ITV programme. The former boxer has netted at least three times the £50,000 prize fund

This meant the couple missed out on the £50,000 prize money to winners Amber Gill and Greg O’Shea.

But it appears it was no great loss long-term.

HOAR Online can exclusively reveal that Tommy’s own company – Tommy Fury TNT, which he set up in the months prior to starring in Love Island – had already generated a whopping £151,294 profit by January of this year.

That is THREE times the value of the Love Island winners’ prize fund. Since leaving the show, Tommy has worked with numerous brands to promote their goods in exchange for a hefty fee.

Among these are clothing giant Boohoo Man, of which he was made a Brand Ambassador in a big money deal.

Tommy has also promoted fast-food chain McDonald’s on his social media feeds, Disney Plus, and even a sofa company.

Last autumn, the reality star agreed a deal with ITV2 for a three-part series alongside his Love Island co-star Curtis Pritchard. Tommy has earned his cash through product endorsements with big brands The Boxer & The Ballroom Dancer aired in December 2019 and is thought to have snagged them both a tidy sum.

A second company set up by Tommy, Fury TNT, is yet to file its accounts for this year.

It was launched in April 2019 and could prove that Tommy has received an even bigger post-Love Island pay day than the one he has already declared.

Meanwhile, Tommy’s girlfriend Molly is also quids in with her own business ventures since leaving the villa. Like her fella’s second company, she too is yet to declare her 2019/2020 earnings for her firms – MMH and Filter (By Molly-Mae).

But it is likely they will be just as healthy.

In May, Molly admitted that going on Love Island was a “business move” while confirming she has six-figures in her bank account.

In a YouTube video, the blonde star said: “Yeah I guess it kind of was a business move.” She was then asked whether she has a six-figure account.

Sheepishly, Molly replied: “Yeah… We will just leave it at that. Six figures, yeah… Yep.”

Molly went on to insist that her relationship with Tommy is, however, genuine.

From Plan B to freedom – The three options Boris Johnson could take on...

Key workers will still get 30 hours of free childcare even if they work...

Amanda Holden looks stunning in green silk dress as she arrives at work in...