TRIBUTES are pouring in for the dad-of-one who was killed in a 60mph crash with Kem Cetinay’s Mercedes G Wagon.

Tommy Griggs died yesterday when his motorbike crashed into the Love Island star’s 4×4 near Hornchurch.

Tributes have been flooding in for the 28-year-old motorcyclist 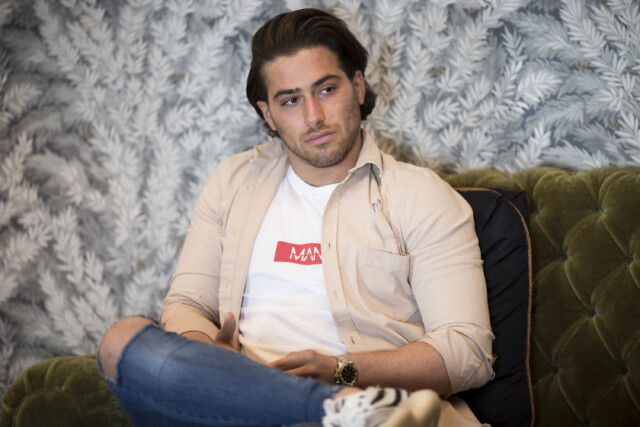 Moving messages for the biker online today have described him as a “brother from another”, while “TOMMY RIP” has been sprayed onto the ground at the scene of the crash inside a blue graffiti heart.

The 28-year-old has left behind a baby daughter whose first birthday was just last week.

Tommy was hurled 20ft in the air by the force of the impact before landing straight on the tarmac.

Although emergency services rushed to the scene, they sadly could not save his life.

One friend, Phil MG Smith, posted a tribute on Facebook along with photos of flowers at the crash site and a video of a balloon floating into the air.

In the caption he wrote: “This is for u my brother from another, we all miss u tom, it don’t even feel real, one love my bro and rest easy.”

Phil ended by writing, “love u my brother forever and always”.

She wrote the caption: “The last 4 years haven’t been the easiest but you gave me the best gift anyone could ever have given me.

“She loves you so much Tommy and I’m going to tell her about you every single day and I’ll make sure she makes you so proud!”

She then added: “You have my heart Thomas Roy Griggs. May you rest in eternal peace.”

At the scene, one of the notes on a bouquet of flowers reads: “Tommy G bro I can’t believe this has happened cuz I’m gutted. Love ya forever broski.”

TV personality Kem was left “traumatised” by the shock collision, as video footage revealed his reactions in the moments after the crash.

The celeb is assisting police with their inquiries and his £123,000 G-Wagon could be seen at the crash site with its bumper hanging off.

Witnesses said Kem escaped unhurt but was “deeply shaken” after the accident which happened just yards from a restaurant he owns in Harold Wood, Romford.

The motorcyclist reportedly collided with Kem’s car after trying to overtake cars going up a hill while the star was coming down.

One witness told HOAR: “I feel for him.  He watched someone die in front of his eyes.

“We all recognised him.  He was talking to someone on the phone saying that there had been a smash and that he was worried.

“He was completely in shock.”

He added: “He did nothing wrong.  There were about six witnesses and we all saw what happened.

“The biker had overtaken us all and ended up on the wrong side of the road when he smashed head-on into Kem’s car at about 60mph on a 30mph road.

“The driver of the motorbike flew about 20ft into the air before landing on the road.”

Kem’s motor was last night seen damaged at the scene, including its bumper.

Local Marcelo Torres, 48, said: ‘There are still motorcycle parts all over the road.

“They even got an air ambulance but it was too late.”

The horror crash happened just 800 yards from the presenter’s Romford bar Array, which he calls his “greatest achievement”.

Kem, who is worth £4.3million, and is signed as Primark’s first-ever menswear ambassador, lives close to the scene in a £1.5million Essex property.

The star is in shock from the ordeal and has been left “devastated” according to friends.

A statement released by Kem’s representative said: “Kem was this morning (Thursday)  involved in a road traffic accident close to his home in the Brentwood area at approximately 11.30am.

“Tragically, a motorcyclist died in the collision. Kem has been assisting the police and is being treated purely as a witness to the incident.

“Kem will be making no further comment on this matter aside to offer his deepest condolences, prayers and sympathies to the motorcyclist’s family and friends.” 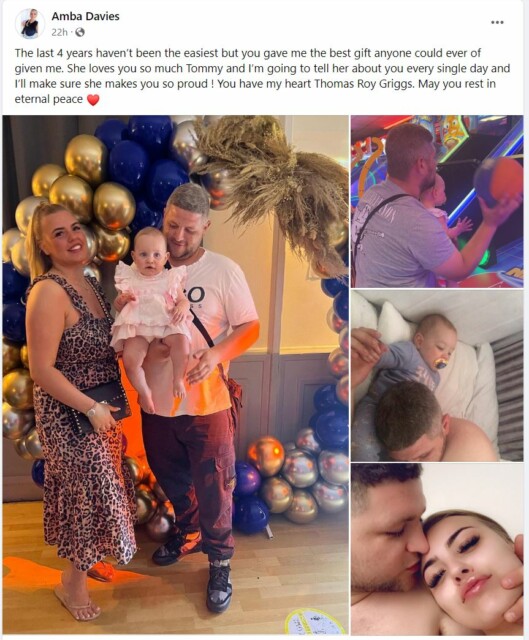 Amba Davies posted an emotional tribute to the biker on Facebook 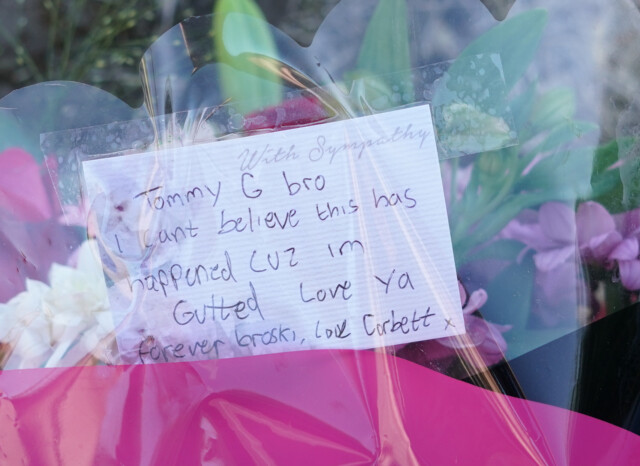 Flowers have been left at the scene 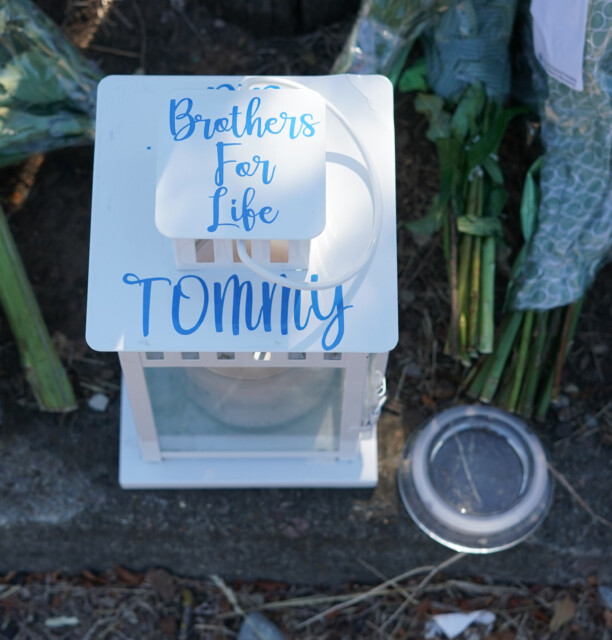 A lantern remembers Tommy as a brother 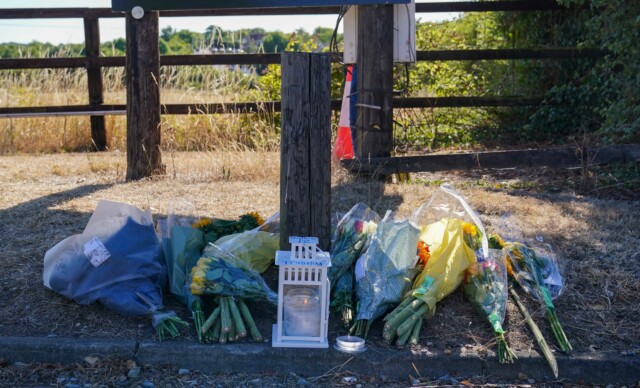 Tributes have been pouring in 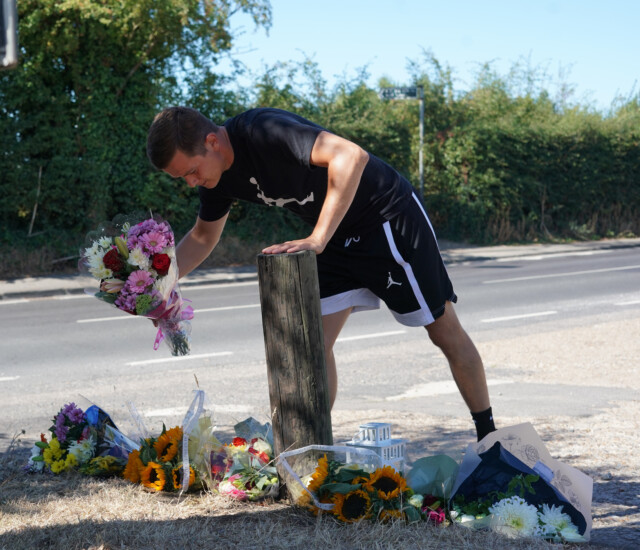 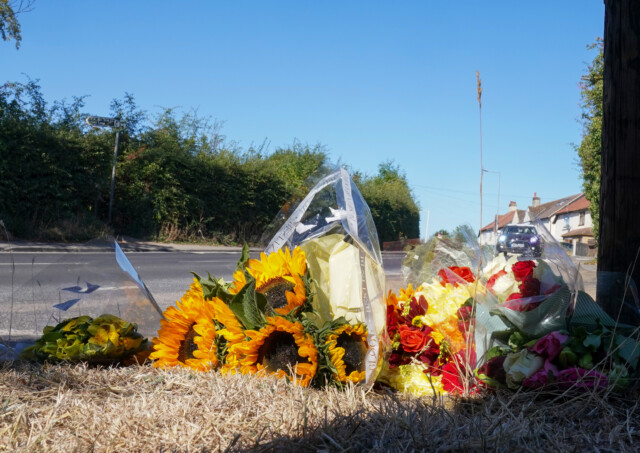 The crash happened at Shepherds Hill near Harold Wood Essex 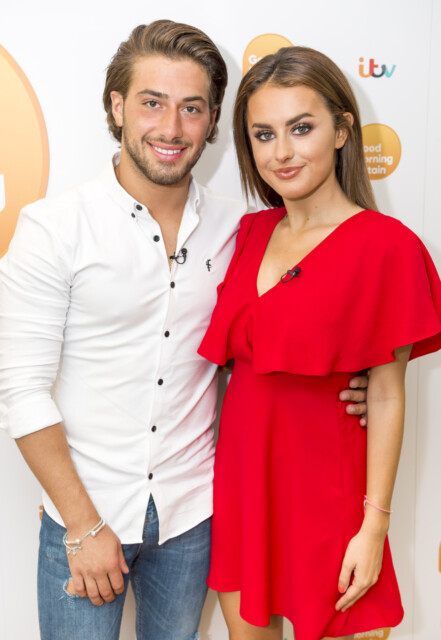 Kem Cetinay and Amber Daviies were a couple on Love Island

The best new job opportunities and expert advice to get you back to work,...