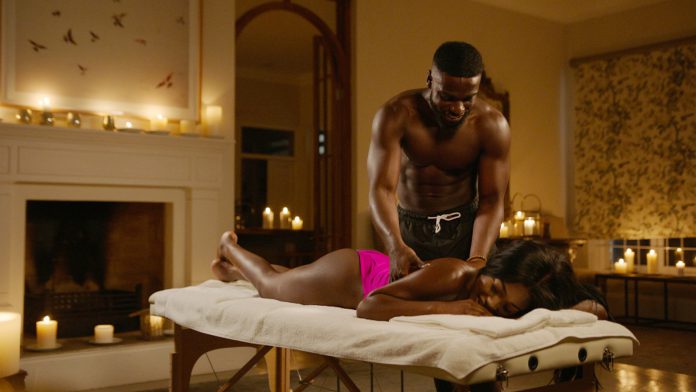 THE Love Island couples can change very quickly on the show and the first-ever winter edition of the show has proved no different.

Heart rates have been raised, heads have been turned and here you can follow the islanders’ journeys in their couples, which could look very different between now and the show’s grand final.

What are the current Love Island 2020 couples?

Mike and Leanne coupled up on day one and have grown stronger as the show has worn on.

Well, they did have a slight bump in the road, as bombshell Jess Gale chose to couple up with Mike, meaning Leanne was single.

However, it did not take Mike long to realise that he still wanted to get to know Leanne and eventually told the twin that he would rather continue to explore his connection with 22-year-old Leanne.

Mike chose her at the next re-coupling and the two continue to blossom as a pair and have already been on their first date, which saw the the two give each other massages. Model Connagh Howard began his journey on Love Island by picking Sinnise Fudge Fudge and Sophie Piper to go on separate dates with.

After continuing to get to know some of the other girls in the villa, the Welshman pulled a shocker by choosing to couple up with Sophie, who was with Connor Durman.

Coffee bean salesman Connor was fuming with his namesake’s decision, but has since tried to give Sophie and Connagh some time to get to know each other.

However, he is not happy about it and called the breakfast that Connagh made for the medical PA ‘dead’ and he hopes that the 21-year-old would want to re-couple with him.

Shaughna suffered the same fate as Leanne on the first night, as bombshell Eve Gale chose to couple up with scaffolder Callum.

The democratic services adviser has had a tough time in the villa so far, as she has been unable to enjoy a long period coupled up with the 23-year-old.

After initially seeming interested in getting to know Eve, Callum pulled the twin aside to tell her that he would rather continue to improve his relationship with Shaughna.

The 25-year-old is set to face more competition for her man, as Callum will be going on a date with new bombshell Rebecca Gormley. Finley Tapp was a late arrival into the villa and he selected Paige Turley and Sinnise Fudge to go on dates with.

During the re-coupling it was 22-year-old Paige that he chose and the romance between the two has gone from strength to strength.

The part-time footballer even asked for a cheeky kiss on the day bed, to which Paige happily obliged.

The two seem like they could go a long way on the show, but it’s early days for the pair and you never know what is around the corner. Connor and Sinnise are a friendship couple in the Love Island villa.

25-year-old Sinnise was coupled up with Nas, but admitted there was no spark with the builder.

After thinking actor Connagh was going to pick her, the beauty consultant was left shell-shocked. Nas has also yet to find his special lady after his coupling with Sinnise did not go the way he had planned.

While the 23-year-old thought he was getting on quite well with the beauty consultant, Sinnise sat Nas down and had a stern conversation with him, making it very clear that she did not have any feelings for him.

In the latest recoupling, VIP hostess Jess was left on her own and Nas chose her in favour of Eve, who became the first person to be dumped from the island in this series.