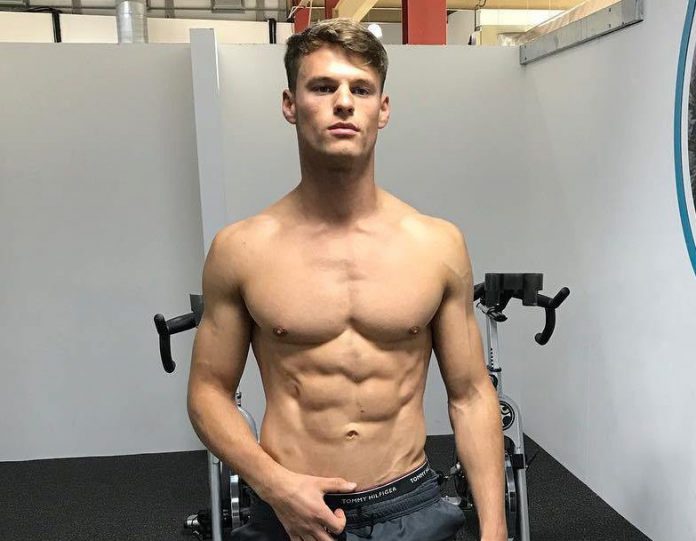 BLUE-EYED hunk Josh Kempton will be heading to the main villa on Sunday night alongside five other new lads looking for love in the Casa Amor shake-up.

The 21-year-old male model and former Marine in training from Surrey, will be keeping the girls distracted with his six-pack in the current boys’ absence.

Who is Love Island’s Josh Kempton?

New Islander Josh Kempton is a 21-year-old model from Surrey who spent five months training as a Royal Marine.

The gym fan clearly takes care of himself and posts LOTS of pics of his toned physique on his Insta.

At 6’1″ tall, Josh is a professional model and is on the books of top model agents Nemesis Models – striking a pose for brands such as JD Sports and Boohoo.

A telly source said: “Producers are confident that they’ve hand-picked the sexiest singles yet with some real temptations to stir the pot.

“Casa Amor is always the highlight of the series and this year the contestants are ALL bombshells. Expect an explosive few days, heads will definitely be turned.”

How can I follow Josh Kempton on social media?

The fitness fanatic regularly shows off his impressive six pack and professional modelling shots to his 13.7k followers.

When is Casa Amor coming to Love Island in 2020?

Love Island bosses are officially adding the second villa of Casa Amor into the winter series on Sunday night (February 2).

The controversial challenge will see the lads shipped off to a separate luxury bolthole in South Africa, filled with six new single female contestants.

Meanwhile, the girls will stay in the main villa to see if they have their head turned by new boys.