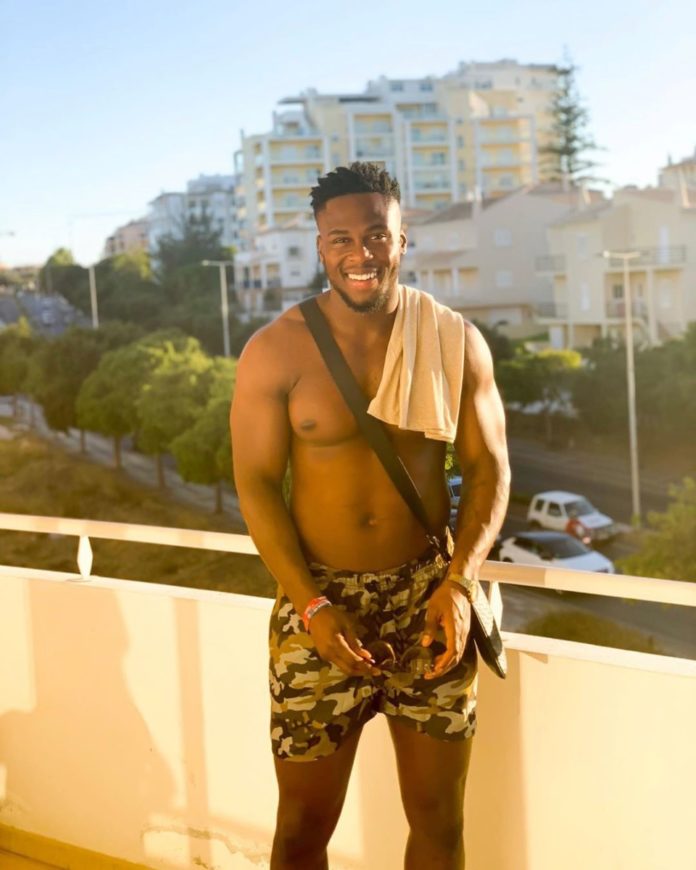 KELZ will be searching for love on Netflix’s answer to Love Island, as he hopes to bag the $100K prize.

The six-foot-six charmer is one of 10 young singletons to star in series one of Too Hot To Handle.

Kelz is a contestant on Netflix’s Too Hot To Handle

Kelz is an American football player, who resides in London and plays for the London Warrior, a team based in South London.

Aside from his passion for football, the 27-year-old appears to enjoy the odd rave and is a frequent festival-goer.

He has also rubbed shoulders with a few celebrities including Love Island 2019 winner Amber Gill and English footballer Dele Alli.

Also, Kelz seems to a fan of the party scene, as he often shares photos of himself online enjoying the nightlife. Is Kelz on social media?

Yes, the sportsman is an active member on Instagram and can be followed here: https://www.instagram.com/kelechidyke/

Of starring on Netflix’s Too Hot To Handle, he told his followers: “Guess it starts now… 17th April 2020.” What is Netflix’s Too Hot To Handle?

These commitment-phobes who love a casual hook-up will have to give up all hanky-panky for the entire retreat if they want to win the $100K (£79K) grand prize.

It means no kissing, no heavy petting and no self-gratification of any kind.

With every slip-up, the prize money goes down.

Will this lusty lot be able to form deeper emotional connections? Or will the temptation simply be too hot to handle?

When is Too Hot To Handle on Netflix?

The dating show has eight episodes but viewers can binge watch them all in one go.

Some have dubbed the reality series the new Love Island.

Gavin Williamson says sorry to every student over Covid chaos ahead of A Level...

People jump at the chance to meet up across Wales as lockdown rules are...