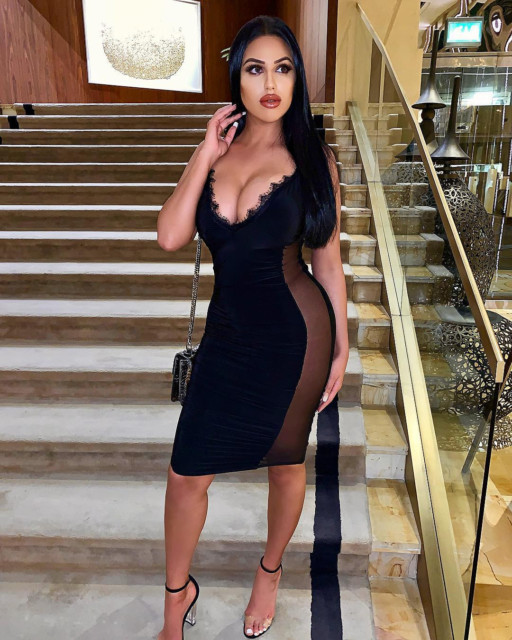 THE LOVE Island star has been busy since she left the villa.

But who is the social media regular – who was recently involved in an altercation in a London park – and how do you find her on Instagram?

Who is Love Islander Anna Vakili?

Anna Vakili, 29, is from London, and grew up in a family with a Middle Eastern background.

She worked as a pharmacist before joining the ITV2 reality TV dating show for its 2019 series.

Before heading into the villa, the star described herself as kind, honest and emotional.

However, she also added: “I’m difficult to handle, I’m a drama queen and I overreact.”

Anna keeps her fans updated on her popular Instagram account @annavakili_, where she currently has a following of more than 1.2m.

In early 2019, before she appeared on Love Island, she saw her social media profile increase after she was filmed partying in Qatar with her sister Mandi Vakili and two famous Iranian footballers.

Before that, Anna also met fellow former Love Island contestant Kem Cetinay during a night out in Dubai in November 2018.

The star recalled: “He was with his really hot cousin and I was chatting to him and I slipped and fell straight down in front of them.” She has been described as “the British Kim Kardashian” She is close to sister Mandi

Is Anna still with Jordan?

Anna split up with co-star Jordan Hames before exiting the villa.

They had only been girlfriend and boyfriend for two days before he “cheated” on her by chatting up page 3 model India Reynolds.

Since leaving the show, Anna has called his behaviour as “the worst in the show’s history”.

Speaking to HOAR, the star insisted: “I feel he wasn’t genuine about liking me or caring about me.”

She added: “We didn’t have sex and I am so glad. Imagine if I had – I would have been even more upset.” What happened to Anna Vakili on Love Island? Anna pictured at her Pharmacy MA graduation in 2015

What did Anna Vakili look before surgery?

Anna was famed in the villa for her curves and plump pout – and has been described as “the British Kim Kardashian”.

However, in 2015 at the graduation ceremony for her Pharmacy MA she sported a different look.

A former flame of the star has claimed that she has undergone surgery to change her appearance.

Speaking to the Mirror Online, he said: “She’s always suffered from a lack of confidence.

“She went for a boob job in January 2016 but even when we first met she’d had lip fillers.

“It looks like she had more surgery in the last couple of years because she definitely didn’t have that bum when we were seeing each other.”

She shared a quote, which read: “Gentle reminder: you can uplift yourself without having to bring others down.

“You can embrace your curves without having to insult skinny girls.

“You can appreciate your natural beauty without having to shame girls who wear a lot of makeup or have gotten plastic surgery.”

My £15bn will help ease the cost of living crisis but we must prioritise...

What are single support bubbles and who can I meet?