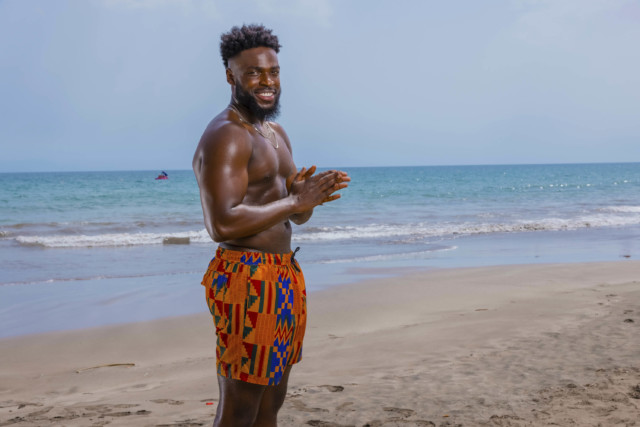 OFFICER Mike Boateng was enjoying life in the Love Island villa before being dumped just days before the final of the sixth season.

Now set to appear on the popular MTV show Ex on The Beach, we take a closer look at who this reality star is.

Mike Boateng is set to appear on Ex on the Beach

Who is Mike Boateng?

Mike Boateng is a 26-year-old former police officer from London – who says he has been mistaken for a stripper.

The Love Islander said his charm and character sets him apart from the other boys in the villa.

He describes himself as “confident, charming and charismatic”.

He reckons that, looks-wise, he’s a “solid eight” and credits his “piercing eyes that look into your soul”.

Mike Boateng hails from London but splits his time between the capital and Manchester.

He joined Greater Manchester Police force in 2017 but was forced to quit his job when he appeared on the Love Island show.

Before he began to keep the city of Manchester safe as a member of the police force, Mike was a professional footballer for Sheffield United.

The midfielder played with the likes of Dominic Calvert-Lewin, who is now a striker for Everton in the Premier League.

He was then shipped out on loan to non-league side AFC Emley to get more experience and push for a place in the Blades’ first team.

However, he failed to break into his parent club’s squad and, according to reports, he was released by Sheffield United in 2014.

Even after becoming a policeman, Mike continued to play football and last represented West Lancashire League Division One side, Eagley Football Club.

Who is Mike dating and who are his exes?

Mike is currently single and set to appear on the MTV show Ex on the Beach.

However the star was previously in a long term relationship with model Priscilla Anyabu.

The pair become a couple during the winter series in early 2020 but lost out on the prize money to Finley Tapp and Paige Turley after being dumped from the villa ahead of the final.

He partnered with model Priscilla on Day 26 and remained with her until they both left the villa on Day 41 when they received the fewest number of votes from viewers.

However the pair called it quits after 18 months of dating but had remained friends.

A source told the Mail Online: “Mike and Priscilla made the most out of their relationship and supported each other throughout their time post-villa and during lockdown.

“But it’s not worked out between them – and they’ve now decided they’re better off as friends.”

What TV shows has Mike been on?

Mike rose to fame after he appeared on season six of the Winter Love Island.

Mike proved to be popular in the villa up until he was booted out.

He coupled up with Leanne from the start and the pair were one of the favourites to win the show.

However, Leanne sadly ended things with him after just over two weeks of them getting to know each other.

She was eliminated after failing to get picked in the recoupling.

Mike didn’t waste any time and quickly moved on to Jess Gale and stole her from Luke Mabbott.

But just as Mike and Jess got together the couple were split due to the introduction of Casa Amor to where he ended up with Priscilla.