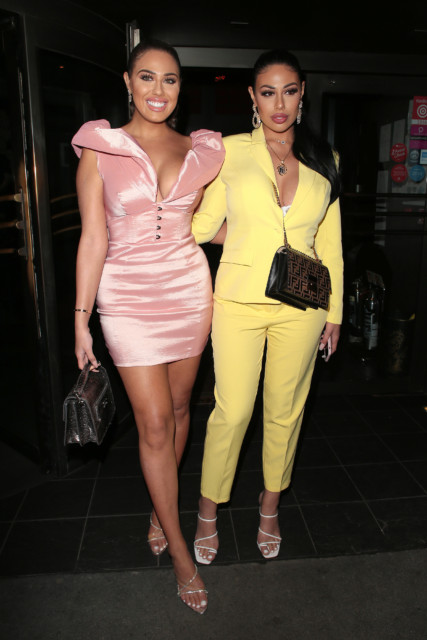 She was recently involved in an altercation in a London park – but who is the former reality TV contestant’s lookalike sibling?

Who is Mandi Vakili?

She is best known as the younger sister of Anna Vakili appeared in the 2019 series of Love Island.

The pair are often mistaken for twins because of their physical likeness.

Mandi ran Anna’s social media while she was in the villa over the summer, gaining her one million more followers on Instagram by the time she left the show. She is a professional make-up artist

Is she close to her sister Anna Vakili?

Mandi and Anna are very close, and frequently post on social media showing them socialising together.

However, like many siblings, they don’t always get on.

Last summer, HOAR reported that the reality TV star was not happy about her sister “trying to steal her limelight” after she left the villa.

An insider said: “Anna and Mandi are both very strong-willed and don’t always see eye to eye.

“Mandi has been living the celebrity lifestyle with Anna since she left the show and she’s been loving the attention.

“Her Instagram followers have shot up and she’s even doing competitions on her page.”

Prince Harry talks with senior royals put on hold because of constant leaks ‘from...

EastEnders gives the Queen Vic a beer garden for the first time in new...

I’m A Celeb fans are all saying the same thing about EastEnders Adam Woodyatt...

Where is Tramp London? Nightclub where Prince Andrew danced with Virginia Roberts

Prince Charles ‘enormously hurt’ after Harry claimed he had been cut off financially –...