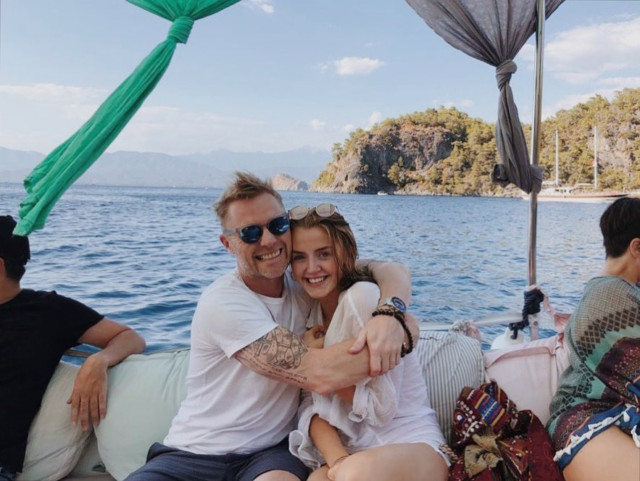 WHEN your dad is Ronan Keating, you were always bound to end up famous.

His son Jack is a Love Island Casa Amor bombshell and his daughter Missy is following in her father’s footsteps.

Who is Missy Keating and what is she known for?

The first film Missy appeared in was the 2013 horror film Dark Touch playing the lead role of Niamh.

Then, she appeared in The Sea, that was released later that year.

In 2015 she also acted in the short film, The Library.

Missy appeared on The Voice back in 2019 with her friend Georgia Gaffney.

At the time she was insistent  that she was not “piggy backing” off her famous father’s success, but did say he influenced her decision to chase stardom.

She said on the show: “I want to get there on my own so I prefer not to mention my family name when we’re doing gigs. I don’t want my dad to be the reason we get gigs.”

However, despite their charming rendition of  Forget You by CeeLo Green, none of the judges turned around for GGMK.
Speaking to the Herald in 2019, Missy’s mum Yvonne, said The Voice had been “a great experience”.

In 2022 Missy finished in ninth place on Ireland’s Dancing With The Stars, which is the Irish version of Strictly.

Who are Missy’s parents?

Missy is the daughter of Boyzone’s Ronan Keating and model Yvonne Connolly, who he wed in 1998.

She is also close to her step mum Storm Keating.

Ronan and Yvonne split in 2015 and the singer then had two children, Cooper and Coco, with Storm.

Who are Missy’s brother and sister?

Along with Missy, Ronan also shares his son Jack, 23, and daughter Ali, 16, with his first wife Yvonne.

Missy and her two siblings spent their early years on tour with their parents and their father’s band, Boyzone – so she was used to travelling all over the world from a young age.

She told the Belfast Telegraph: “Growing up, we were all over the place; touring with my dad all the time. That was not a normal childhood, obviously.

“I remember my eighth birthday; the O2 in London, I think it was, sang Happy Birthday to me.”

Missy’s brother Jack is enjoying a stint on Love Island 2022.

Did you miss our previous article…
https://www.hellofaread.com/love-island/katie-price-accused-of-photoshop-fail-as-fans-point-out-her-weird-belly-button-in-new-picture/

Kate Middleton and Prince William may keep Princess Charlotte at home next month when...