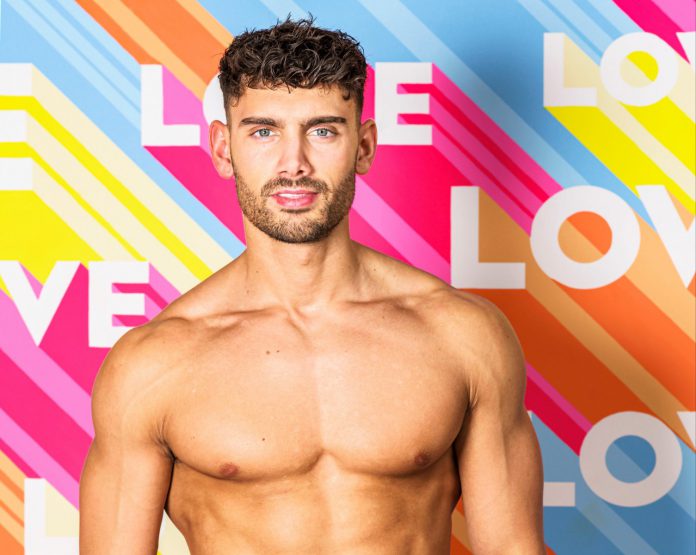 NEW arrival Wallace Wilson will no doubt cause more drama in the Love Island villa.

The 24-year-old personal trainer from Inverness has his eye on a few girls already and will look out for himself when it comes to getting what he wants.

Who is Love Island’s Wallace Wilson?

Fitness fanatic Wallace is a 24-year-old personal trainer and model from Inverness.

He has taken part in bodybuilding contests and spends a significant amount of time working on that six-pack.

The Scottish Love Islander describes himself as open-minded, confident, funny and energetic.

What is Wallace Wilson looking for in the Love Island villa this winter?

Wallace says he tends to over-analyse things when it comes to love, but is looking for an ambitious, athletic and confident lady.

His celebrity crush is Megan Fox and tends to “slide into the DMs off the back of an Instagram story” to meet dates.

Wallace has revealed he is keen on three different girls in the villa – Paige, Sinnise and Sophie – and will look out for himself when it comes to getting what he wants, adding: “I think stepping on toes is life isnt it, its just what happens, youve got to look after number one.”

How can I follow Wallace Wilson on social media?

Before heading onto the reality show he had 5k followers, posing in various exotic locations as well at some cute pics with his mum.

Wallace Wilson has flexed his muscles in bodybuilding contests

How can I watch Love Island?

The new winter series of Love Island airs each night at 9pm on ITV2.

It’s the sixth season of the popular reality TV show and the first of two series to be aired in 2020.

Love Island airs every night with a recap of the weeks events on the Saturday Unseen Bits show.

Therese Coffey slammed for telling patients to just switch GPs if they fail to...

7 reasons why ailing EastEnders risks the axe – from big name departures to...