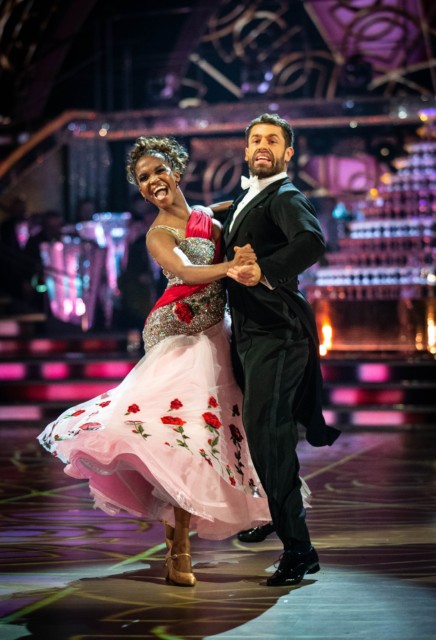 FANS of Strictly Come Dancing will no doubt be eagerly anticipating its return later this year – particularly at a time when sparkling telly is all the more welcome.

But will the hit BBC show follow in the footsteps of ITV’s Love Island and Channel 4’s Great British Bake Off which have been forced by the coronavirus to change their regular schedules?

Will there be a Strictly Come Dancing 2020?

This year’s series of Strictly is still set to go ahead as usual, with its stars and producers insisting they are working hard on the show returning as usual in some form.

In an episode of The Graham Norton show, airing on Friday 8th May, dance pro Oti Mabuse – who won last year’s competition with Emmerdale’s Kevin Fletcher – revealed she had been reassured by bosses that they are “trying to do everything they can to make sure the show goes ahead”.

She said: “Obviously, we’ve all got to wait and see what happens.”

The star also appeared on Good Morning Britain, telling Lorraine Kelly that she is  “hoping that everything can be ok”. The live shows are due to begin in September

The star said: “The producers are working very hard to bring it out at its normal time – so I’m keeping my fingers crossed!

“I know everyone at home will be willing it to go on because it’s such a great, great show.”

His fellow judge Shirley Ballas has said: “I spoke to some people and they will do anything and everything to make sure that show goes on.

Radio 2 breakfast host ZoeBall – who presents the spin-off show It Takes Two – added that she knows “they are going to put that show on somehow”.

Their comments have been echoed by the BBC’s Head of Programming, Dan McGolpin, who said the broadcaster was doing “everything it can” to BBC Radio Essex.

He explained: “It wouldn’t be the same if we didn’t have Strictly in the autumn, would it? So, of course, the BBC is doing everything it possibly can.

“I know everyone involved in the production team would absolutely love to have it planned for the autumn so we’ve really all got to keep watching the government advice, thinking about what’s possible.

“If there’s any way of bringing Strictly back this autumn, we absolutely will. That’s definitely our intention, so fingers crossed.” Similarly, the BBC director of content Charlotte Moore has revealed she is “looking very carefully” at whether it will be safe to air the show – with the likelihood studio audiences will be eliminated to protect staff and crew.

Speaking during a virtual panel discussion as part of the Edinburgh TV Festival last month, she said running the programme is “one of our big priorities” but that “inevitably things are going to change”.

Planning for the series usually begins in June, with celebrity contestants announced in July.

The unveiling of stars and their pro dancer partners normally takes place in August before the live shows start in September.

Which judges are returning?

All four judges from the 2019 edition – Revel Horwood and Ballas, as well as Bruno Tonioli and Motsi Mabuse – are set to return.

The show will be hosted as usual by presenters Tess Daly and Claudia Winkleman.

Kevin Clifton and AJ Pritchard have both confirmed they won’t be returning.

No celebrities have yet been announced for the new series.

However it is rumoured Made In Chelsea’s Jamie Laing will return after sustaining a foot injury during rehearsals last year.

Hundreds of thousands of Ukrainian refugees will come to Britain as Boris vows to...

Russia accused of ‘dirty tricks’ as imposter pretending to be Ukrainian PM gets through...