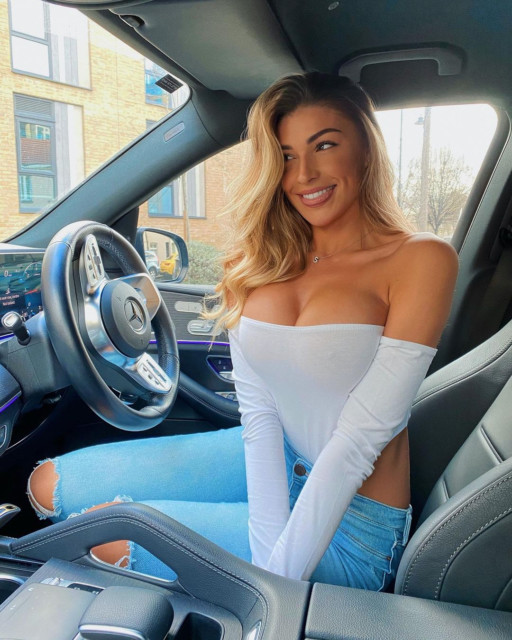 ZARA McDermott almost spilled out of her top as she admitted getting “excited” to go supermarket shopping.

The Love Island beauty, 24, showed off her incredible body during a trip to the supermarket.

Sitting in her car, Zara pressed her arms together and nearly spilled out of her top as she looked to the side.

She wore a white crop top with skinny jeans and her hair flicked over to the side.

She captioned the image: “this is how excited I get to go Sainsbury’s nowadays”

However, it appeared not everyone was on board with the sentiment, as she later had to say: “I know we are in a global pandemic and it’s depressing for everyone but can a girl not feel good about herself in a pic without getting shit tons of hate ” Zara asked fans to let her feel good about herself The star said she is looking forward to supermarket shopping

She captioned the pic: “I got this little tat a while back. I got it for Sam.

“‘I love you more than the moons and the stars.”

Sam also paid tribute to his girlfriend with a cute pic of the pair on Instagram – but turned off comments after admitting he’s worried what people think. The snap shows Sam – dressed in a black jumper – cuddling up to Zara, who has her arms wrapped around him.

Sam and Zara reportedly got back together at the beginning of November, but have only went public with their reignited romance this month.

Who is Rishi Sunak? Doctors son, 39, whose dad-in-law is Indian billionaire becomes one...

Meghan and Harry latest news: Duchess was warned not to ‘show off’ and Princess...