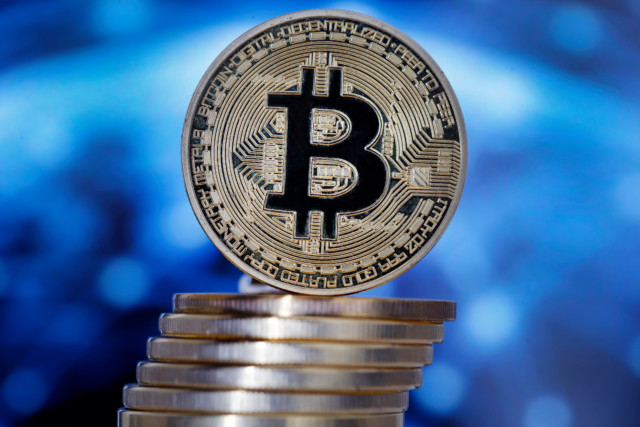 IN its short years of existence the cryptocurrency Bitcoin has seen a meteoric rise in its value punctuated by some dramatic falls making hundreds of early investors extremely wealthy.

But what is it, how do you use it and is it safe? Here is everything you’ll need to know…

The digital currency was created in 2008

Bitcoin is a virtual currency that was created in 2009 by an unknown computer whizz using the alias Satoshi Nakamoto.

Individual Bitcoins are created by computer code and their total value is thought to exceed £251.8 billion.

Transactions are made without middlemen, so there are no transaction fees and no need to give your real name.

More businesses are beginning to accept them and in some parts of the world, you can even buy pizza with Bitcoins

You can set up a virtual wallet website like Blockchain to store, keep track and spend your digital money.

You are also able to purchase Bitcoin through an online exchange or Bitcoin ATM.

Bitcoins aren’t printed, like pounds, dollars or euros – they’re produced by people, and increasingly businesses, running computers all around the world.

To find merchants that accept Bitcoin in the UK click here. How do Bitcoins work?

To process Bitcoin transactions, a procedure called “mining” must take place, which involves a computer solving a difficult mathematical problem with a 64-digit solution.

For each problem solved, one block of Bitcoin is processed.

In addition, the miner is rewarded with new Bitcoin.

To compensate for the growing power of computer chips, the difficulty of the puzzles is adjusted to ensure a steady stream of new Bitcoins are produced each day.

There are currently about 16 million in existence.

The Bitcoin protocol – the rules that make Bitcoin work – say that only 21 million Bitcoins can ever be created by miners.

However, these coins can be divided into smaller parts with the smallest divisible amount one hundred millionth of a Bitcoin.

This is called a “Satoshi”, after the founder.

To receive a Bitcoin, a user must have a Bitcoin address – a string of 27-34 letters and numbers – which acts as a kind of virtual postbox.

Since there is no register of these addresses, people can use them to protect their anonymity when making a transaction.

These addresses are in turn stored in Bitcoin wallets, which are used to manage savings.

How do I buy Bitcoin and how much is it worth?

Japan-based Mt Gox is the largest Bitcoin exchange. It was launched in July 2010, and by 2013 was handling 70 per cent of all Bitcoin transactions.

People can also send Bitcoins to each other using mobile apps or their computers in the same way people send cash digitally.

The value of Bitcoin, like all currencies, is determined by how much people are willing to exchange it for.

The value of Bitcoin has fluctuated wildly since they were introduced and have reached a record high.

In 2013 when they first came to public attention, the value soared by 10,000 per cent before the price crashed.

In October 2017, a Bitcoin was traded for more than £4,000, according to currency tracker XE.com.

This represents a reversal in fortunes since it dropped to $6,914.26 on February 5. Bitcoin is now used around the world as a digital currency

What is mining and how does it work?

The creators of Bitcoin designed the system so there would only ever be a limited supply of bitcoins to be mined (a maximum of 21 million).

To ensure the longevity of the system, the cryptographic problems involved in the mining get progressively harder, meaning it takes longer to earn them.

Miners are turning to more powerful computers to complete these tasks and earn bitcoin.

As a result, mining (and on the flipside, bitcoin transactions) are sucking up greater and greater amounts of electricity.

Bitcoin transactions now use so much energy that the electricity used for a single trade could power a home for almost a whole month, according to Dutch bank ING.

The bulk of Bitcoin “mining” is done in China, where energy costs are comparatively cheaper than in places like the UK or US.

Anyone thinking of investing in Bitcoin or another cryptocurrency should be very careful.

Their values are incredibly unpredictable, with the ability to plummet as quickly as they shoot up.

On January 9, 2018, Bitcoin and other major currencies hit the floor after major monitoring platform Coinmarketcap decided to leave out the trading prices from South Korea — a major market whose absence spooked already jittery investors.

No one knows what will become of Bitcoin as it is mostly unregulated, but that could change as governments are concerned about taxation and their lack of control over it.

So its’ USP – the anonymity – could eventually prove its downfall.

While it keeps Bitcoin users’ transactions private, it also lets them buy or sell anything without easily tracing it back to them.

That’s why it has become the currency of choice for people online buying drugs or other illicit activities.

And not many governments will put up with that for long.

However, it is increasingly used in shops and restaurants – with a fraction of a bitcoin used to buy a pizza, for instance.

And people selling their houses have even said they are willing to accept the cryptocurrency.

Daniel Roy put his £1.65million townhouse in Peckham, South London, on the market for 500 bitcoin in September 2017.

The following month a newbuild family home in Colchester, Essex, was marketed for 82.55 bitcoin, equivalent to around £25,000 less than if paying in sterling.

Simon Cowell won’t walk for weeks and will undergo weeks of intensive physiotherapy after...

MP Chris Pincher groped me at gay pride event before being escorted out, claims...