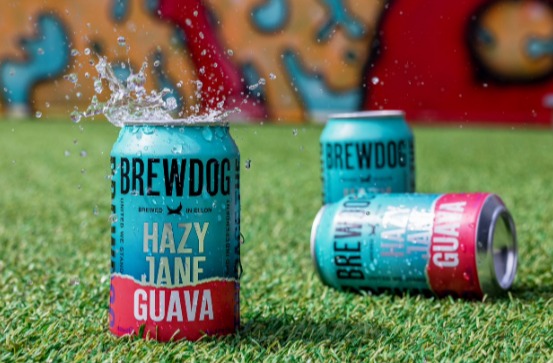 AN ad for fruit-flavoured beer has been banned for claiming to be “one of your five a day”.

Craft giant Brewdog made the comparison while ­promoting its beers including Lost in Guava and Hazy Jane Passionfruit.

An email to customers was headed “one of your five a day”. The Scotland-based brewer also boasted “we’ve got all your fruit needs covered” with the beers which included Pineapple Punch.

The Advertising Standards Authority probed a single complaint that it was misleading as the beers were not equivalent to portions of fruit or veg.

Brewdog said the claim was tongue in cheek and reflected its “playful marketing style”. The brewer, based in Ellon, Aberdeenshire, added the email was sent only to existing customers who had opted to receive them.

But the watchdog ruled the advert broke its code and has banned it.

A spokesman said: “The ASA acknowledged that the subject heading ‘one of your five a day’ might be interpreted by some consumers as a humorous nod to the fruit flavoured beers featured in the body of the email.”

However, it said, as the claim referred to government advice on health and well-being, consumers “would not expect” advertisers to include such claims unless they were true.

It said the ad would, in ­general, leave the public unsure if fruit in booze “counted” as one of the advised “5 A Day”.

These storage solutions from wilko will help you get ahead of the spring cleaning...

Strictly’s Helen Skelton is all smiles with partner Gorka as they leave last-minute rehearsals...