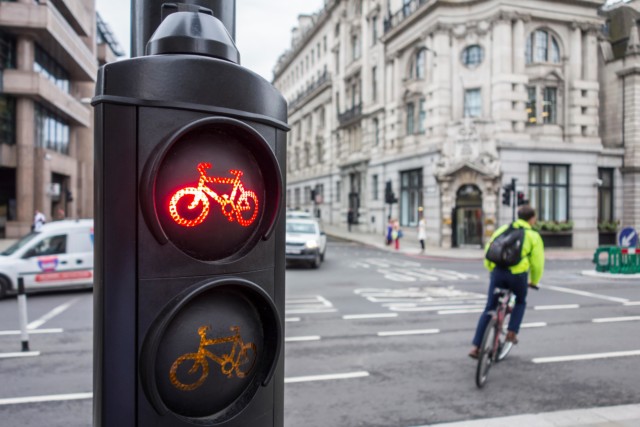 CYCLISTS have branded the government’s new Fix Your Bike Voucher Scheme a “shambles” as the website has crashed on its launch.

Vouchers that entitle users to £50 off bike repairs became available on the The Energy Saving Trust website at 11.45pm yesterday.

But keen cyclists report struggling to get hold of them and the website is still down this morning.

James Higgins, 41, was trying to get a voucher to fix up his old mountain bike, which had been gathering dust in his garage.

The business consultant from Ulverston, Cumbr told HOAR: “I was trying for an hour before I gave up. There’s only so long I am willing to stay up to get a £50 voucher.

“It is quite predictable. It was launched with such a fanfare there might be thousands of households across the country who have rickety old bikes in their garage in need of TLC.

The Energy Saving Trust website, which is where cyclists can apply for the £50 vouchers, is currently down

“I think it’s a great scheme and a positive idea but the execution has been poor. There are worse things going on in the world right now, but this is quite frustrating.”

One person tweeted: “What a shambles. Tried last night for 15 mins and gave up. Tried at 6am and the site crashed over and over again. World beating shambles.”

Someone else added: “#FixYourBikeVoucherScheme more like #FixYourWebsite. Come on @BorisJohnson an absolute shambles!! Let us hope that this ‘Golden’ Voucher is not just for the select few, and available to all…” Some cyclists have branded the scheme a “shambles”

Another joked that it was easier to get Glastonbury tickets than to get through to the voucher website.

A note on the Energy Saving Trust site simply reads: “Due to extreme volumes of traffic this resource has been temporarily paused whilst we take action to improve performance for users.

How does the scheme work?

Just 500,000 vouchers are being made available as part of the government’s new initiative to get people moving and to cut obesity rates.

But vouchers are being releases in stages, with only 50,000 made available last night. It’s unclear how many vouchers, if any, will be available to redeem today.

You can apply for two vouchers per household in England but only one per bike can be used. The scheme isn’t available for those in Northern Ireland, Scotland or Wales.

The idea behind the scheme is to get bikes fixed, so you can’t use the vouchers to purchase bikes or accessories.

Instead, they’ll cover fixes to tyres, brakes, saddles and lights, including the replacement of certain components.

Vouchers can also only be used at selected retailers signed up to the scheme, although major firms including Evans and Halfords are taking part.

There’s a separate page on the Energy Saving Trust’s website which helps you track down where your nearest participating shop is, although this page is also currently down.

Where repairs cost more than £50 it’s up to you to fund the difference.

We’ve rounded up the cheapest bikes to buy online, including from Halfords, Amazon and Argos.

Google Maps has recently updated its system to now let you find out where you can rent a bike nearest to your home.

And here is a list of the best bike lights you can buy this year.

Coronation Street legend set to star in this year’s I’m A Celebrity…Get Me Out...

Fatface Black Friday 2020 sale: What to look out for

Teachers should be prioritised for Covid vaccine to keep schools open, MPs & heads...

Joe Biden CAN bring his armoured Beast limo to the Queen’s funeral – while...