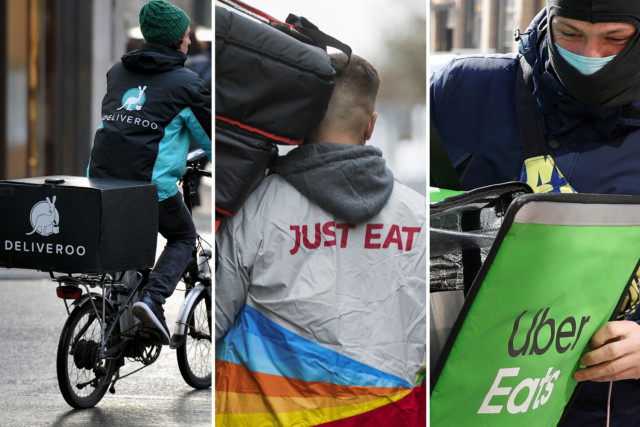 DELIVERY platforms have been accused of ripping off restaurants during the coronavirus crisis.

Food delivery apps Deliveroo, Just Eat and UberEats take up to 30 per cent commission on orders as well as delivery fees.

Restaurants were told to go into lockdown on March 23 by the Prime Minister and they’re not allowed to reopen for punters to dine in until at least July 4.

It’s seen some struggling restaurants pushed to the brink with major high street chains such as Frankie & Benny’s saying a “large number” of stores will close for good even after lockdown is lifted.

Many chains and independent restaurants have instead turned to online takeaway orders, which are allowed to continue during lockdown.

But there are concerns this could lead to small businesses being ripped-off.

Andrew Goodacre, chief executive of trade body the British Independent Retailers Association (Bira) told HOAR: “It’s disappointing these platforms have not made it easier for companies to work with them by actually reducing commission during the period.

“The reduced margins would be more than compensated by the extra volume.”

FSB national chairman Mike Cherry added: “The lockdown means more takeaways and restaurants are now relying on online platforms to reach their customers and it’s understandable they take commission for this service.

“But it’s important online delivery companies do not take advantage of the Covid-19 pandemic by hiking their prices at a time where restaurants have no choice but to subscribe. Fees need to be justifiable, fair and proportionate.”

Deliveroo wouldn’t tell us what its commission rates are, saying it doesn’t have set rates and that they vary by restaurant, but one restauranteur told the Daily Mail the firm charges 33 per cent.

For collection-only and delivery orders that don’t require Just Eat’s drivers Just Eat charges 14 per cent commission. It admits it charges a higher rate for orders it delivers but it wouldn’t tell HOAR what rates are, only saying they vary.

It did, however, cut commission for independent retailers by 33 per cent for 30 days from March 19.

Uber Eats has temporarily waived commission for orders directly collected by customers during the crisis.

But it continues to charge up to 30 per cent commission on delivery orders.

Deliveroo, Just Eat, and Uber Eats all told HOAR they believed commission offered value for money, and it wasn’t as simple as reducing commission fees as these are used to cover other related costs, such as drivers’ wages, insurance, and marketing.

They said they’d instead cut or waived fees for restaurants signing up to their sites during the crisis, while some have also donated cash to the smallest firms they’re partnered with.

Deliveroo normally charges around £200 for restaurants of any size to sign up but this has been waived for independent and small restaurants, while larger firms have had the fee reduced to £50.

Just Eat has waived its usual sign up fee of £295 plus VAT, while Uber Eats has also waived its fee – although it’s unclear what it usually charges.

It’s also waived its usual sign-up fee, although it’s unclear how much this normally costs. Our stylish Queen has a very surprising connection to celebs like Rita Ora, Holly...

Emmerdale spoilers: Dan Spencer left sobbing in agony as he tries to cook for...