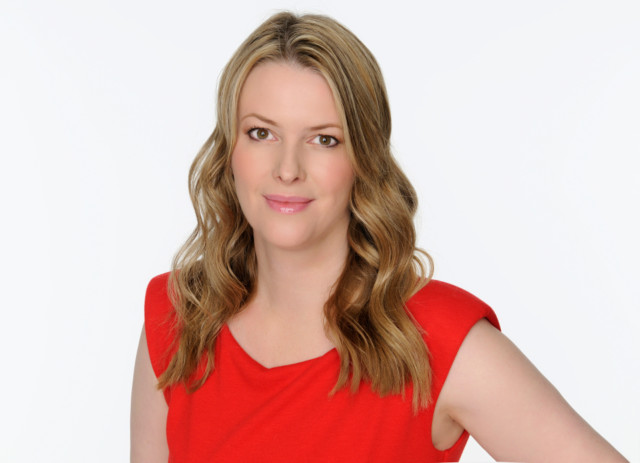 THE Consumer Crew are here to solve your problems.

Mel Hunter will take on readers’ consumer issues, Jane Hamilton will give you the best advice for buying your dream home, and Judge Rinder will tackle your legal woes.

BUYERS rushing to beat the end of the stamp duty holiday pushed property transactions to fever pitch in December.

With the tax break ending on March 31, here is how to get your home purchase over the line.

Put the pressure on to get your deals done

1) Put an offer in fast. Homes are taking an average of 100 days to complete but you can speed this up by being decisive.

2) Choose a home with a short chain. The shorter the chain, the less likely it will collapse. Chain-free homes are the simplest to buy as you deal only with the vendor.

3) Speak to a mortgage broker. Get an “agreement in principle” from your lender.

4) Get organised. Get a proactive solicitor in place for your conveyancing and gather all the relevant paperwork, such as wage slips and proof of identity. Book in your survey as soon as your offer is accepted.

5) Keep on top of the process. Insist on emails rather than letters from your agent and solicitor, and check in with them and the selling agency every few days to keep the process moving.

And if you miss the deadline . . . don’t panic. Some pundits are predicting demand will cool, so you might be able to get a property at a lower price. Our buy of the week is in Manchester

Buy of the week

CHANNEL 4’s First Dates returns to screens having relocated from London to Manchester.

Find a great match yourself with this lovely three-bed mews in Manchester, selling for £210,000 at onthemarket.com/details/9137413. This property has a spacious and well presented back garden

Deal of the week This storage footstall could be an early Valentine’s gift

GET set for Valentine’s Day with a heart-shaped storage footstall.

Comes in five colours, £44.99 at homescapesonline.com – a fraction of the cost of some designer versions. Judge Rinder helps a reader with a neglectful landlord

Q) I HAVE an ongoing complaint with my landlord. It all started back in April 2020.

The problem is my communal door has been out of order. There is no lock or handle on the door.

As a result, we have had numerous trespassers and significant vandalism.

When I first phoned the landlord, I was told I needed a crime number from the police, which I duly got.

But despite following up with them multiple times via phone and email, nothing has been done.

Members of the public come in at night, urinating and taking drugs. What can I do? William, Cumbria

A) Your landlord is behaving disgracefully. They were entitled to ask you for a crime number for insurance purposes but this should not have held up repairs to the door.

Landlords are required to keep properties safe and secure by law. It is as simple as that.

Email this landlord again, only this time reminding them that they have a contractual and statutory obligation to repair the communal door and that, unless repairs are completed within 14 days, you will issue proceedings online in the Small Claims Court.

Next, find out who your local ward representative on your local council is and get them involved – this often scares bad landlords like this into action.

Lastly, get your neighbours onboard by having them sign a letter expressing the danger to your block.

I know you feel let down and vulnerable, so it’s time to get tough.

The guy admitted he was at fault. He pulled out of a junction and went into the side of me.

My car was written off and I suffered serious injury.

I put forward an injury claim with my car insurance company and they forwarded it to a law firm who took over.

For the past couple of years, I have been trying to get the solicitors to chase my injury claim.

I’ve even written a complaint to the legal ombudsman.

The law firm has admitted some faults and has offered me £350 compensation.

I was also told that they have put forward an offer of £10,000 compensation for the accident.

I have declined this offer as I would like to have further treatment.

I feel like the solicitors are not giving me the representation I deserve. Emma, Kent A) This sounds like professional negligence on the part of your solicitors.

The damages that you are entitled to should cover all necessary treatment that resulted from the accident, including ongoing medical bills – not some rather random round figure of £10,000.

Get in touch with your insurance firm now explaining the situation.

They may support you in instructing new lawyers to deal with this matter.

If not, given the nature of this case, there are plenty of competent solicitors who might agree to handle both matters for you.

The Law Society’s website is a useful place to look but I would shop around carefully and read online reviews. Mel Hunter helps a reader who bought a faulty treadmill

Q) I BOUGHT a treadmill from eBay for £249 using PayPal. It arrived in a couple of months, and then three weeks later it started to break.

The running belt kept moving to the left and began to fray.

I stopped using it straight away and contacted eBay. It told me that it was up to PayPal to deal with the case.

PayPal told me it would send an email to the seller and if it did not respond within ten days, they would refund my money.

After ten days, I got a message saying the money would be transferred to my bank account and to contact them if this did not happen in 30 days.

I did this but most messages were ignored.

When I eventually got through, I was told that because I had used the treadmill it would not refund my money. James, Stockport PayPal eventually stepped in to help

A) You were given the runaround over this dodgy treadmill. If you had bought it from a high street shop, the refund process would have been clearer.

With a fault developing within 30 days of delivery, you would have been entitled to an automatic refund. Buying from a site such as eBay clouds the issue.

On paper you have the same rights under consumer law, but in practice it can be hard to enforce.

From the start, eBay passed the matter to PayPal. Things looked hopeful – PayPal promised you a refund and you have screenshots of your online chat spelling this out. But no money appeared.

When I contacted PayPal, it also told me that your problem did not fall under its protection policy, which would only have applied if the treadmill was faulty on arrival.

But thanks to those messages you saved, I was able to appeal and get your money back.

A PayPal spokesperson said: “If a purchase is faulty on arrival, then Buyer Protection can cover you.

“However, after investigation, we have issued a goodwill refund to Mr Conquer on this occasion.”

You were so grateful you donated £50 to the charity Help 4 Homeless Veterans.

Q) MY wife and I were due to holiday in Fuerteventura from March 14 last year.

Two days before, my wife fell ill, so we had to cancel the flights and accommodation – but this was the weekend all travel was forbidden anyway.

Homeaway automatically refunded part of the accommodation costs, but we have been battling with the airline, bank and insurer for the rest. David, West Mids

A) I went to your insurer, which was part of the TIF Group. You’d taken out insurance before any exclusions came in as a result of Covid, so I was confident you had a case.

TIF asked for confirmation that neither the bank nor the airline would refund your money.

You insist you’d sent this, but once I forwarded this again, the insurer approved your £800 pay out.

A TIF Group spokesperson said: “Having now been provided with the documentation required, and reviewed the circumstances, our team has been able to settle the family’s outstanding costs.”

Did you miss our previous article…
https://www.hellofaread.com/money/cost-of-filling-up-rises-by-2-in-a-month-as-petrol-prices-soar/

Up to three in four civil servants STILL working from home despite Rishi saying...

Boris Johnson to consider lifting ‘rule of six’ on Christmas Day so families can...