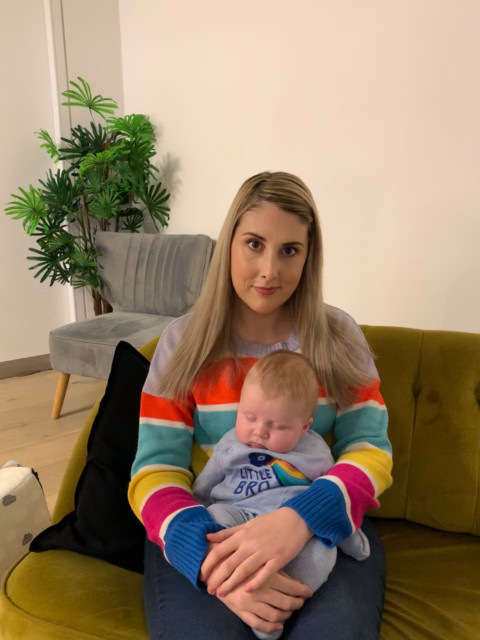 PROFESSIONAL bargain hunter Holly Smith believes she’s saved hundreds of pounds using scanners in Asda, B&M and Tesco to snap up unmarked discounts – and she tells HOAR how you can do the same.

The mum-of-three, 35, from Great Yarmouth, Norfolk, uses in-store scanners and smartphone apps to check if prices have been slashed before shop staff have had the chance to update shelf tickets.

Asda is best for toys, according to Holly, while she recommends Tesco for outdoor toys, tents, and seasonal products, and B&M for a whole host of items.

“I’ve been using these scanners and apps for the last five years and they’ve not yet failed me yet,” Holly told HOAR.

“It’s good to scan everything to see what you can get for less. People may be struggling right now due to the coronavirus pandemic so this could be a way to save.”

Examples of toys Holly’s bought include a My Little Pony set from Tesco marked as £10, which scanned at £1.75, and a LOL Surprise game at B&M that was supposed to cost £10 but scanned at £1 (pictured below). Holly picked up this haul using scanners in Asda, B&M, and Tesco

Meanwhile, members of her Extreme Couponing and Bargains UK group and followers of her Holly Vlogs social media accounts recently picked up an Elsa doll from Frozen in Asda reduced from £25 to £1.90.

Holly adds that one reader told her they scooped a mammoth £1,000 worth of goods for just £50, and Holly herself says she’s seen prices discounted to as little as 2p.

The mum uses the discounts to stock up on birthday and Christmas presents for her children Molly, nine, Bella, seven, and Cloud, nine months – and says the girls like joining in with the fun in stores too.

Holly says she also gives away finds to children’s hospitals, although do check if hospitals are accepting donations during the coronavirus crisis if you’re thinking of doing the same.

How do the scanners and apps work?

At Asda, shoppers can either use a scanning device in supermarkets to tot-up their spending as they go along or they can download the free mobile app and use a smartphone to scan items they want to purchase in store.

Items you don’t want or that don’t come through discounted can simply be deleted before you come to pay.

Asda rolled out its “scan and go” mobile app service to all of its UK branches this April after previously being available in half of stores. But not all stores have handheld scanners – use Asda’s store locator tool to check.

B&M, meanwhile, has a free app for smartphones that has a scanning tool within it so you can check for bargains in store using this.

At Tesco, you’ll need to use handheld scanners rather than a mobile app and these will only be found in larger stores.

To use the devices you’ll also need to be a member of Tesco’s free Clubcard loyalty scheme but again the process is the same; simply scan items in store and delete what you don’t want to eventually purchase.

“This time of year you have paddling pools and summer stock discounted as supermarkets are getting rid of stock,” Holly told us.

She said this time last year she saw Lay-Z Spa hot tubs down to £50 when they can cost upwards of £250. Holly’s children Molly, nine, and Bella, seven, (pictured with Cloud) like to scan items in store with her At other times of the year, Holly recommends scanning items towards the middle of January to pick up heavily discounted leftover Christmas stock.

She says the closer it gets to Valentine’s Day the more likely you are to find a Christmas bargain as retailers try to shift stock to free-up shelf space.

Discounts will start again after Valentine’s Day, and Holly says she’s seen cheap boxes of Thorntons chocolates and teddy bears for 2p each.

The same goes for after Easter, when Holly reckons you’ll find Easter eggs and Easter craft sets selling for pennies.

And again after Halloween is a good time to hunt for cut-price kids’ outfits for parties and World Book Day, Holly says.

Did you miss our previous article…
https://www.hellofaread.com/money/spice-up-your-life-with-mrs-crunchs-portuguese-inspired-recipes-and-deals/

Thousands of working parents can get £100 free cash to help with their food shop and energy bills – will you get help?

Kate Middleton wows in red as she joins Prince William, Harry and Meghan at...

Strictly star Oti Mabuse rakes in £2m through TWO secret side hustles that are...