MINCE pies are a staple at Christmas – but can we enjoy our festive favourites without breaking the bank?

We’ve tested some traditional treats to find out whether supermarket own-brand goods beat the brands on quality and price.

We also took into account the sugar and fat levels.

Here’s how all the mince pies scored out of 20:

The Mr Kipling pies had a delicious spiced filling containing candied peel and lots of Christmas flavours, but the pastry was disappointingly stodgy and stuck to the teeth.

They also contained the most sugar of all the pies we tested, a whopping 28 per cent.

At 50p per 100g, these were 56 per cent more expensive than the cheapest pies we tested – but we didn’t think they were worth the extra cash. 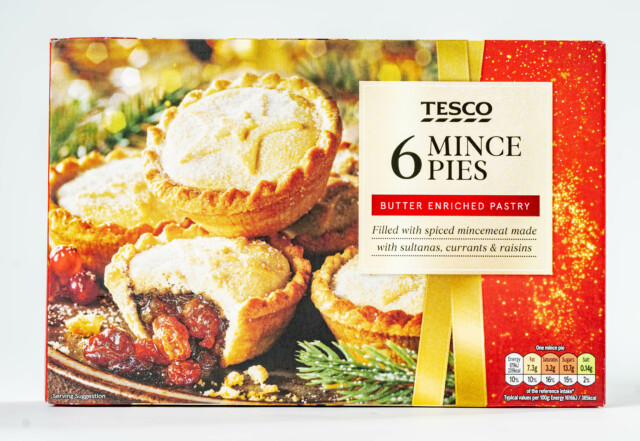 Tesco’s pies were the winner in our Christmas test

Tesco’s mince pies were a great alternative to the real thing.

They weren’t quite as tasty but had a festive spice taste with lots of citrus flavours.

The pastry was not too thin or too thick and stodgy.

At just 34p per 100g, these were a fraction of the price of the brand but nearly as good. 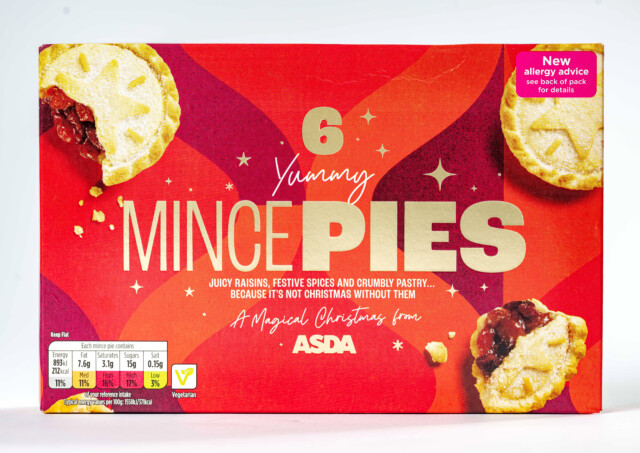 Asda offers an ‘ok’ budget option, but it was the most expensive own-brand

The mince pies from Asda had stodgy pastry and the filling was overly sweet.

The filling also seemed more liquid than the other pies we tasted, with less fruit.

They were an OK budget mince pie but at 43p per 100g, they were the most expensive supermarket product – and didn’t live up to the price. 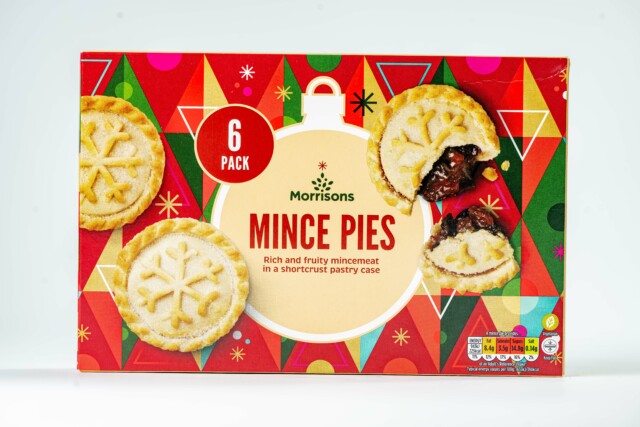 These Morrisons mince pies had plenty of filling but it was sloppy in texture and some of the dried fruit inside was hard and gritty.

The pastry was a little stodgy and they had the highest saturated fat content of all the ones we tested, at 6.1 per cent.

Pricewise, these were middle-of-the-range at 37p per 100g. 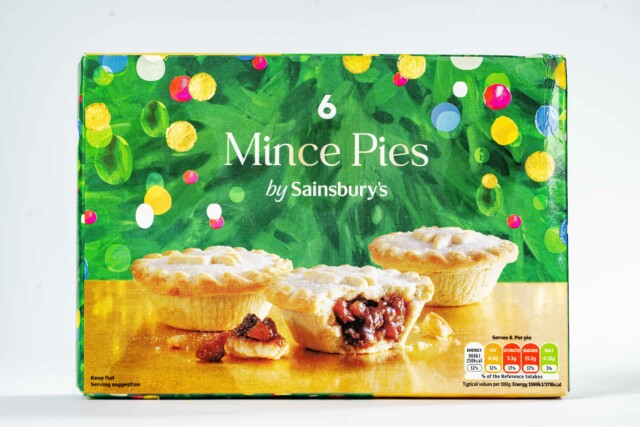 At Sainsbury’s, you’ll get filling tasting of Christmas spice and with a pleasant hint of booze

The Sainsbury’s mince pies had dry pastry that caked in the mouth but the filling tasted like Christmas spices, with a pleasant hint of booze.

At 39p per 100g, these were the second most-expensive supermarket brand we tried. 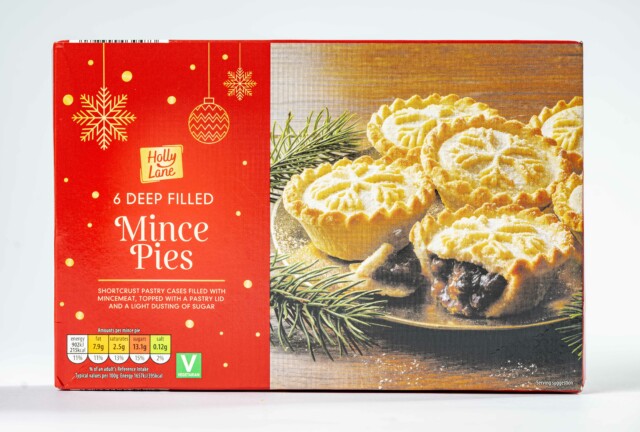 Aldi’s mince pies were disappointing, with very dry pastry and chewy raisins in the filling.

They didn’t live up to Tesco’s mince pies which were the same price, at 34p per 100g. 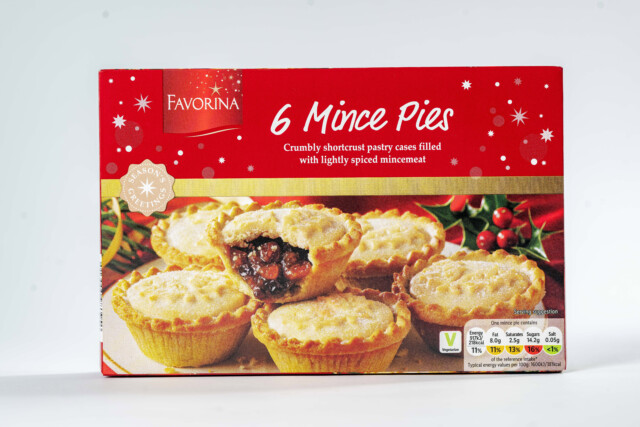 The Lidl mince pies were the cheapest we tried, at just 32p per 100g.

They had thin pastry and a smooth, sweet, sugary filling.

It wasn’t unpleasant but there was no obvious Christmas taste – the filling was similar to that in treacle tart.

We’ve also tried supermarket own-brand Irish liqueur including Baileys – the winner is a third cheaper and tastes the same.

Plus, we tested 11 alternative sandwiches including Aldi and Starbucks.

EastEnders’ Shona McGarty spotted without her engagement ring for the first time after split...

Rita Ora grabs her bum and writhes around in suspenders and lacy lingerie in...

Queen Elizabeth II news – Monarch all smiles as she made rare public appearance...

EastEnders shock as Lola reveals she is PREGNANT with Jay’s baby – but doesn’t...