WHO doesn’t love a bit of grub down Wetherspoons? That’s why we had to try the new festive menu items.

The new Christmas menu launched in all of Wetherspoons’ 900 pubs last week and there are at least ten festive treats to get your gob around while enjoy a pint.

I tried some of the Christmas menu at Wetherspoons

Excitingly, after a hiatus last year, the Christmas dinner with turkey and trimmings back on the menu.

The items are on the menu until December 24.

Make sure you double-check the menu at your local Wetherspoons and ask at the bar before you order as they do vary.

For the full menu and prices see here.

The prices mentioned will vary between pubs and regions, meaning you could end up paying a different price.

I rated them out of a total of five for taste and appearance.

The stuffing pizza was surprising

First up is the chicken, stuffing, bacon and brie pizza, just the name alone is a bit of mouthful.

I wasn’t sure what to expect, the idea of stuffing on pizza really didn’t appeal to me but I gave it a go.

It’s 11-inches and made with chicken breast, pork stuffing, bacon, brie and rocket.

I was really surprised by it, each of the flavours worked well together and I think the very thin base meant that it wasn’t too much all at once. 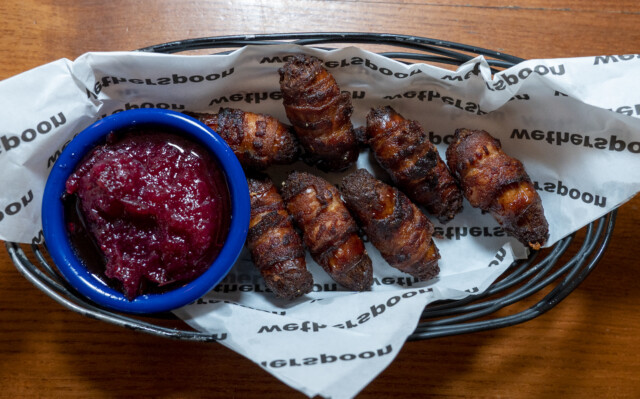 You can definitely never have too many pigs in blankets

No Christmas menu is complete without pigs in blankets and it is the one thing everyone wants more of.

I ordered a portion of seven pork chipolata sausages wrapped in streaky bacon, and served with cranberry sauce.

They were slightly burned but it just meant they were even crunchier on the outside, which some people may prefer.

I definitely could have eaten the entire portion to myself.

The deal is part of the small plates “any three for” deal, which can be mixed and matched with all of the small-plate choices. 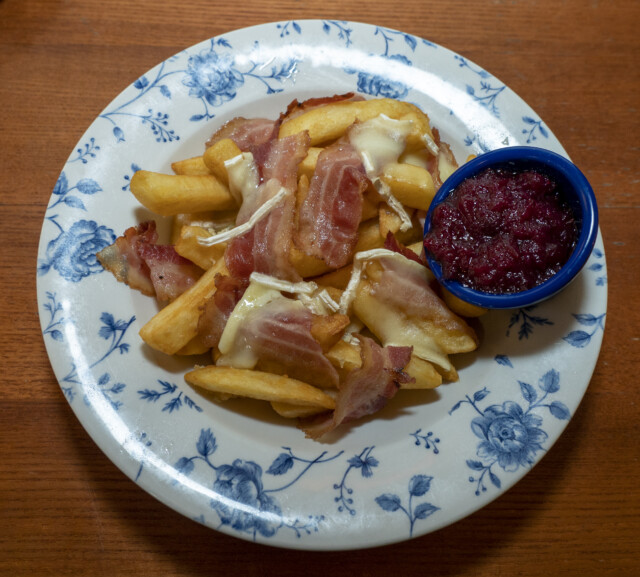 I wasn’t overly impressed with the festive loaded chips

Spoons’ chips are a personal favourite and I was buzzing to try the Christmas twist on my go-to menu item.

They came in a large portion topped with melted brie and streaky bacon, with a small bowl of cranberry sauce on the side.

I found the brie a little too strong against the taste of the chips, they were enjoyable but I wouldn’t have had more than a few. In future, I’ll stick with the classic un-loaded version. 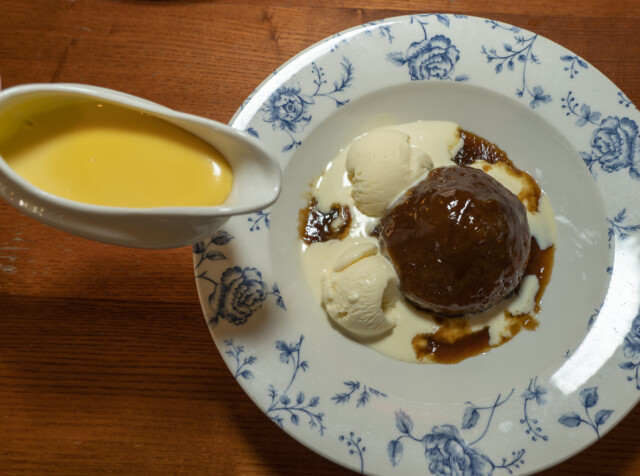 Everyone knows that sticky toffee pudding is the king of desserts and Spoons’ festive version did not disappoint.

It comes warm with two scoops of vanilla ice cream which were perfectly melted. Plus, there was a little pot of custard. Perfect.

The sponge itself was soft and gooey and just the right size so you could squeeze it in after a big meal.

The dessert costs £4.80 with either ice cream or custard on the side.

Earlier this week I also tried the new McDonald’s menu and was slightly disappointed by the new breakfast addition.

In other news, Wetherspoons has had to change-up its breakfast offering following the national egg shortage.

Did you miss our previous article…
https://hellofaread.com/money/im-a-property-expert-heres-an-easy-way-to-remove-condensation-from-bedroom-windows-in-the-morning/

Millions of households to save over £1,000 on energy bills as new price cap...