A MUM’s clever money hack has saved her more than £650 – and paid for all of her Christmas presents.

Kate Richards, husband Iain and son Fred are all set for Christmas

The mum has paid for and wrapped all of her presents

This adds up to to a total of £667.95 tucked away by the end of the year – enough to buy gifts for her whole family.

The teacher, from Huddersfield, West Yorkshire, said: “There’s an app and it automatically moves money into your account for you.

Kate has used the same “penny a day” trick for the last three years and couldn’t recommend it enough.

Several apps and banks offer the feature, but she uses IFTTT which automatically saves an increasing amount of money every day to help control spending.

“I’ve done it since 2019 and used it every year for Christmas shopping,” the mum-of-one said.

“It links up to the bank and you get a notification each day, you don’t have to think about it and it’s great.

“I already have all my presents wrapped and everything, it’s all done.”

Kate said she’s also used another idea touted by money saving expert Martin Lewis – a secret Santa with her relatives instead of buying each person a gift.

Where she was previously spending £20 per person on seven people, totalling £140, the group now have a £50 limit in a secret Santa game where they only have one person to buy for – cutting costs by almost a third.

Do you have a similar or even better Christmas saving hack? Email [email protected]

She also uses a website called thingstogetme.com to organise Christmas lists for her son.

The site allows people to enter their desired presents and links to items, meaning it can be sent around to friends and relatives.

And, once a gift has been ‘reserved’ by someone, it shows everyone who looks at the list – meaning no risk of duplicates.

Kate said: “I was buying for seven people at £20 each and instead this year we’ve done secret Santa with a £50 limit so you’re only spending £50 rather than £140.

“It’s more fun as you have to think about one person and what they would really like – with one person you can think a bit more.” 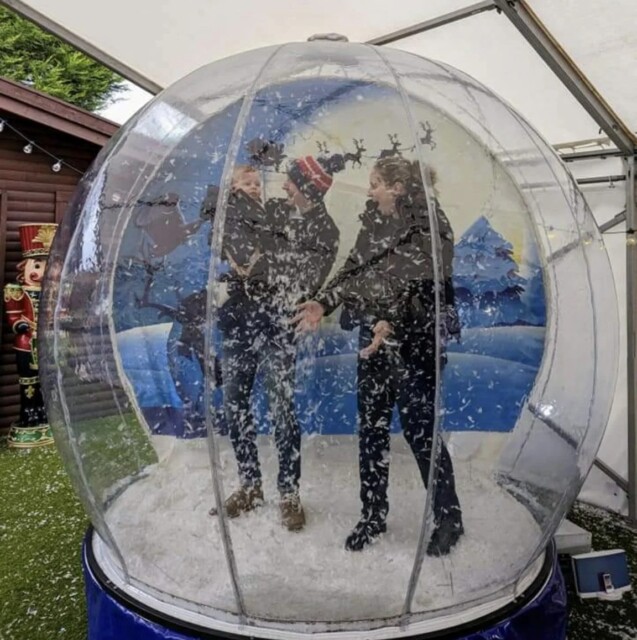 Kate has used the same ‘penny a day’ saving trick for the last three years
Did you miss our previous article…
https://hellofaread.com/money/millions-of-households-to-save-over-1000-on-energy-bills-as-new-price-cap-confirmed-what-it-means-for-you/

What did Adam Collard do on Love Island? Who did he couple up with...