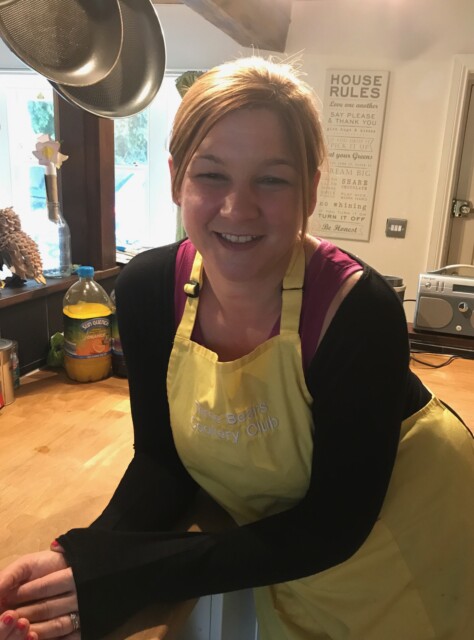 CHRISTMAS is often the most expensive time of year, and double-digit inflation means that this year’s turkey dinner is likely to cost more than ever.

In fact, recent figures from Kantar show that grocery price inflation has reached record highs of 14.8%.

Unsurprisingly, keeping spending low is a top priority for families.

Kantar found that fewer people started Christmas shopping in October, instead preferring to wait until later in the year.

For instance, last year, two million consumers had already bought their Christmas pudding by the end of October, but 32% fewer shoppers have done that this time around.

This doesn’t mean you can’t have an amazing festive spread.

HOAR spoke to chef Ruth Chubb, who is the founder of the Three Bears Cookery school, to find out her top cost-saving Christmas dinner tips.

Ruth’s first tip is to plan carefully and think about what you need.

She said: “With your turkey, it’s really easy to go overboard and get the biggest one there is.

“Instead, think about how many people you’re feeding and how much you’ll use.”

She added that bulking up sides and adding in cheaper meat such as pigs in blankets and bacon in sprouts can cut the amount of meat you need per person.

Having plenty of stuffing, vegetables and potatoes is also a cost-effective way to fill up the family.

2. Swap out your turkey

The turkey is typically the most expensive thing on a Christmas plate.

And while you can save some cash by buying the smallest one, Ruth said the savings are even greater if you choose a different meat, such as chicken, pork, or gammon.

She added that going vegetarian often saves the most money of all.

You’ll also cut energy costs too, as most turkey alternatives cook far more quickly, meaning you won’t need to put the oven on at 6am.

3. Change how you cook

Energy bills are soaring, meaning it’s not just the food you choose that’s important, it’s how you cook it.

Ruth says: “There are lots of good things about an air fryer including that it’s cheaper to run.

“I’m also a real slow cooker fan and often have that on. It’s convenient and low energy.”

The more you cook this way, the better your savings will be.

If you don’t have gadgets, there are still savings to be made with sensible cooking habits.

Nash Gierak, sustainability consultant at Social Pantry, said: “Cook with lids on pans, fill fridges and freezers to capacity, and use a slow cooker when you can.

“Cook as much as you can at one time in the oven, then switch off a few minutes early to use residual heat at the end.

“Finally, open the oven door to let the heat drift into the house.”

Example saving: HOAR has previously found that cooking a roast in the oven cost 40p, while the air fryer cost 21p. Saving: 19p.

Shopping around can slash your Christmas costs, so it pays to check out a few different supermarkets before you order.

Ruth says she always does her Christmas shopping at Aldi where you can find substantial bargains.

She adds: “Steer clear of branded items, the supermarket products are generally just as good.

“Often, you’ll find the same product is half the cost, especially at Aldi and Lidl.”

Which? compared a whole Christmas basket across the supermarkets – it found switching from Waitrose to Asda would save you £12.28.

One quick way to save cash is to make your own Christmas treats and staples.

This can also help cut down on waste as you only buy what you need rather than being tied to pack sizes.

Ruth advised making sure you have recipes lined up for leftovers or unused ingredients.

For instance, using turkey or chicken carcasses to make soups and stock.

She said: “Making stuffing can be loads cheaper, particularly if you already have spices in your store cupboard.

“Buying sausages and bacon and making your own pigs in blankets takes seconds.

“Use vegetable oil and a bit of butter instead of goose fat on your roast potatoes to save a few pounds.

“And remember, things like Christmas cake can be made in advance, which helps if you’re time poor.”

Example saving: Morrisons The Best pigs in blankets cost £5 for 20 (on offer, usually £6).

This saves you 66p and you’ll have bacon left for your sprouts.

Ruth said shoppers should think carefully and do their research when choosing between fresh and frozen as it can make a big cost difference.

She said: “It’s always worth looking in the frozen aisle and regularly checking to see if there are offers on.

“Look at the cost per kg rather than weighing up the price differences to make sure you’re getting the best deal.”

Generally, items such as turkey or party food are often far cheaper in the frozen aisle than the fresh alternatives.

“However, chopping your own fresh veg and roasting your own potatoes is usually more cost effective than buying pre-prepared or frozen ones.

Ruth warns that festive treats like pre-packaged cheeseboards are often overpriced for what you get.

She said: “Just buy the cheeses yourself, being mindful of where you’re shopping.

“Buying one or two you really like will cut down on waste, and you can economise further by choosing own-brand supermarket crackers to go with.”

Example saving: The Sainsbury’s festive cheese board is £10 for 466g.

Buying all five cheeses separately costs you £10.09, 9p more than the board, but you have 1.04kg of cheese compared to just 466g – more than twice the weight in total.

Did you miss our previous article…
https://hellofaread.com/money/british-gas-customers-furious-over-major-change-causing-huge-bill-chaos/