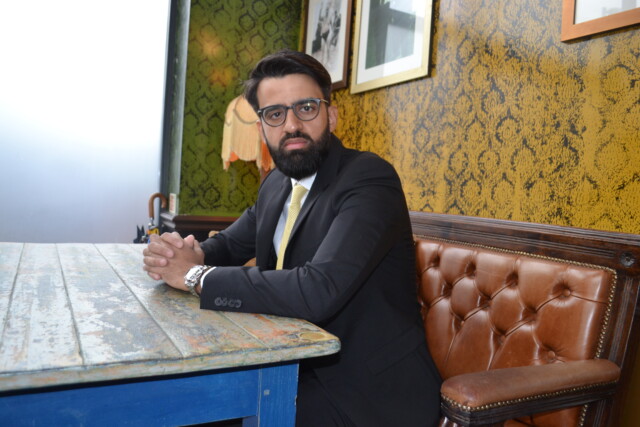 SOLICITOR Zafar Afsar, fights for people to receive their share of billions of pounds in compensation for mis-sold payment protection insurance.

He works as a solicitor for Hattons Legal Services-Case to Answer, and continues to get money back for mis-sold PPI using so-called ‘Plevin’ claims.

Zafar Afsar, fights for people to win back unclaimed compensation

He represented Susan Plevin in the landmark case when she took her lender, Paragon Personal Finance, to court in 2014.

This paves the way for millions more people to claim PPI compensation.

Susan had discovered that 72% of the £5,780 she paid for her PPI was hidden commission.

“Mrs Plevin had to wait more than five years for her compensation,” says Zafar.

“It was a draining journey, but the result was hugely positive for prospective claimants like her.”

It said that a lender’s failure to disclose a large commission when PPI was sold is unfair under the Consumer Credit Act.

Zafar says: “It was a ground-breaking case. The Plevin ruling has cost banks billions more in PPI compensation and they continue to set money aside for this.”

In March this year, for example, Santander set aside £21m to cover compensation claims relating to undisclosed PPI commission cases.

Successful Plevin compensation pay-outs are an average of about £4,000, says Zafar, with some of this money paid as a fee to the law firm.

Unlike, historical PPI claims you cannot lodge a claim yourself, you have to do it via the courts.

But the firm acts on a no-win, no-fee basis, so if they take on your case, there’s a high chance of success.

How did PPI work?

PPI was an insurance policy that was sold with credit agreements such as loans, mortgages, credit and store cards.

It was meant to pay out if you suffered an illness, accident or lost your job and were unable to meet repayments.

But PPI was often mis-sold to customers who were unaware they had it, would never have been able to claim, or were wrongly told they needed it.

Some found they were unable to claim as they were self-employed or retired. Staff were incentivised to sell PPI with hefty commissions, which is the basis for the current Plevin cases.

The Financial Conduct Authority (FCA) gave a deadline of August 29 2019 for people to claim for mis-sold PPI with their bank, building society, or through the Financial Ombudsman Service (FOS).

The total pay-out for mis-sold PPI reached more than £38 billion in one of the biggest ever mis-selling scandals.

What is a Plevin claim?

You can still make a claim to get your money back through a Plevin claim.

A Plevin claim won’t focus on whether the policy was mis-sold, as it’ll look into whether you were aware of the commission you were paying.

However, the compensation you receive may amount to as much as under an original mis-sold PPI claim.

“We always try to obtain the full PPI premiums the borrowers paid the lender for redress, not just the undisclosed commission amount,” says Zafar.

But borrowers don’t need to have been mis-sold PPI to make a Plevin claim, he adds.

You can simply claim on the basis of the undisclosed commission.

After all, you probably weren’t aware that a massive chunk of your premium was made up of commission that was pocketed by your provider.

The majority of lenders didn’t mention the commission.

If you make a successful Plevin claim, you’ll at least pocket a chunk of the commission you paid, if not more.

The FCA has previously ruled that if more than 50% of your PPI payments were made up of commission to the lender, you’re entitled to compensation.

Sometimes PPI commission amounted to 80% or even 100% of policyholder’s PPI payments.

You are likely to get at least the amount of commission back above the 50% threshold in a successful Plevin claim.

For example, this will amount to 20% if you paid 70% commission.

This is known as a ‘Plevin’ payment, even if the policy itself hadn’t been mis-sold.

Can I claim Plevin?

You could be eligible if you haven’t previously complained about mis-sold PPI or you have had a claim rejected.

“Even if you’ve made a successful claim, then depending on what was paid out at the time, you may still be entitled to further compensation.

You may only have had some of the commission refunded,” Zafar adds.

There is no deadline for Plevin claims, as you pursue your claim through the Courts.

How does the claim process work?

The Plevin claims process takes between nine to 12 months. “But people don’t need to spend too much time on it themselves,” says Zafar.

“They’re not heavily involved, as it’s all about the law. We speak to them at their leisure to get the basic information, and most cases are settled out of court.”

There are high-profile examples of Plevin claim success stories.

For example, Richard Ashton took out a credit card from Egg in 2002.

But he was unaware that 85.7% of his payments were made up of commission.

He made a Plevin claim in 2021. He was successful, despite Barclays Bank UK Plc– which acquired Egg in 2011 – trying to block his claim.

Plenty of people might be in similar situations, and be able to claim thousands of pounds in compensation for undisclosed commission.

But do your research, and bear in mind that no-win, no-fee firms take a portion of your refund if your case is successful.

Check if you are eligible to make a Plevin claim with Case to Answer here.

The Devil In Me: All the Du’Met’s business cards locations

Boris Johnson scraps plans for No10 TV briefings despite blowing £2.7 million on a...

Prince Harry reveals he smoked weed & watched Disney film Inside Out after his...

Meghan Markle latest news – Archbishop of Canterbury should be SACKED for exposing wedding...