A MUM-of-two has been forced to live apart from her kids after her council house became coated in thick layers of mould and damp.

Cheryl Kerr, 41, discovered a “catalogue of issues” at her North Lanarkshire home earlier this month.

The mum claims her council house ‘stinks’ of damp 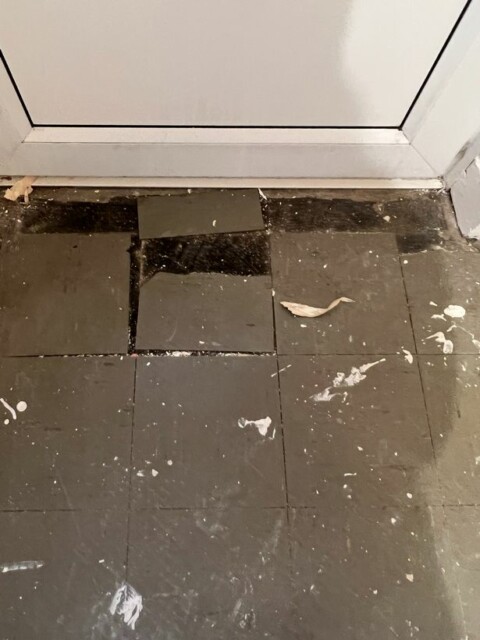 She’s blasted the property as unsafe for her 16-year-old son and daughter, eight – and has been forced to send them to their grandparents.

The single mum – who suffers from fibromyalgia and lives in constant pain – said asbestos was also found underneath floor tiles in the lounge and kitchen.

Cheryl told the Daily Record: “It’s not safe for my children to live here. It’s also dangerous for me because of my illness.

“Why would I have my children staying in a house where asbestos has been discovered.”

Cheryl was homeless for two years before her local council housed her and her kids in the two-bed property.

Now, she’s blasted the council for letting her move into the property in the first place.

The problems were first found by workmen who had visited the property to investigate the cause of “stinking” damp.

She said: “Two weeks ago a council contractor came out to access the property.

“He took a sample from our tiles and this is when they realised there was asbestos.

“The electrician and joiner also told me the walls were full of moisture and couldn’t do anything with them.”

Wanting to make the house a nice place for her family after their ordeal, Cheryl said she’s been left disappointed and let-down.

A spokesperson for NLC said: “We have instructed urgent works to be carried out in our tenant’s property to remove floor tiles, to treat damp found behind wallpaper and to replace items in the bathroom including the sink and bath.

“We have also instructed a survey to be carried out to identify the cause of damp and this will carried out in the coming days.

“We are working with Ms Kerr to remedy all the issues identified as a priority.”

Danielle Bailey, 24, is dealing with a similar situation with her one-year-old son.

The West Yorkshire mum said she informed the local council as soon as the issue escalated at the start of this year – but claims they only sent someone out to sort it this month. 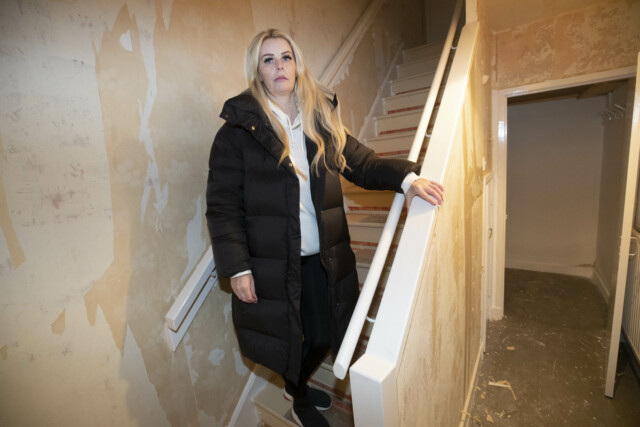 Cheryl was told by workmen her walls were full of moisture
Did you miss our previous article…
https://hellofaread.com/money/primark-to-open-four-new-branches-in-140million-high-street-investment-plan-is-there-a-location-near-you/

Pokémon GO promo codes in July 2022: How to get free items