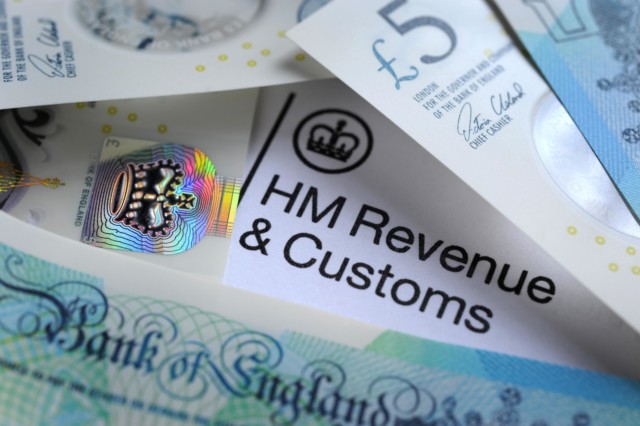 SELF-EMPLOYED workers only have until the end of today to claim the third coronavirus grant worth up to £7,500.

The self-employment income support scheme (SEISS) gives cash to those who work for themselves if their income has been hit by coronavirus.

The deadline to claim the third self-employment grant worth up to £7,500 is on January 29

The third SEISS grant opened for applications on November 30 last year and the deadline to make a claim is today (January 29).

We explain how to check if you’re eligible and how to make a claim below.

Chancellor Rishi Sunak announced the third grant in September as he extended the self-employed scheme to help workers survive the winter.

In an update in November, Mr Sunak then increased the grant to £7,500, covering 80 per cent of trading profits for November to January.

The government has already given out two SEISS grants to the self-employed since the pandemic began.

A fourth grant will be offered to cover earnings affected from February to April – but the government hasn’t said how much it will be worth yet.

Details of how much you’ll get and who will get it is due to be announced in the Budget on March 3.

There is a stringent checklist of criteria that you’ll have to meet to claim the support:

Sadly, self-employed workers who are company directors or run their businesses as limited companies can’t apply.

But if you claim maternity allowance this will not affect your eligibility for the grant.

How have the eligibility rules changed?

The government tweaked the rules on August 17 so you may have been eligible to claim the second grant and now the third despite missing out on the first payout.

New parents who were excluded from the first grant because they were pregnant or caring for a new child may now be able to make a claim.

Self-employed mums and dads who didn’t file their taxes for one or more of the following reasons are now included in the scheme:

In order to qualify, you’ll also need to meet the other criteria, such as you must have been self-employed in 2017/18 and submitted a tax return for the year before April 23, 2020.

New parents had to fill out an online form asking for HMRC to verify the information about their new child before October 5, 2020.

You needed your child’s full name and date of birth, the date of adoption, child benefit number and your child’s birth certificate.

You also had to let HMRC know whether you were claiming maternity allowance.

Military reservists who were previously excluded from the scheme can now apply for the help too.

But to be eligible, you must be self-employed and have carried out reservist activities for at least 90 days during the period your 2018/19 profits are calculated.

Could I have lost my eligibilty from the first two grants?

The government has also changed the rules for the third grant and this could now rule out some workers who were eligible for the first two grants.

Self-employed workers are now only eligible if they are currently actively trading but are impacted by “reduced demand” due to the coronavirus.

It’s important to note that the phrase “reduced demand” is an alteration from “adversely affected” outlined in the rules for the first two grants.

This could affect your eligibility and means gathering evidence of “reduced demand” between November 1 and January 29 is now crucial.

This includes proof that you have fewer customers or clients than you would normally expect, resulting in reduced activity due to social distancing or government restrictions.

It could be that you have one or more contracts that have been cancelled and not replaced or you have carried out less work due to supply chain disruptions.

Evidence could include accounts, confirmation of Covid-19 related loans, or dates of business closures due to lockdown restrictions.

You aren’t eligible to claim if the only impact on your business is increased costs.

For example, if you had to purchase face masks and cleaning supplies – this would not be considered as reduced demand.

How much will I get?

Under the self-employed income support scheme (SEISS), the government will cover 80 per cent of your trading profits over three months, capped at £7,500.

Previously, self-employed workers were only set to receive grants worth 40 per cent of average monthly profits from November through to January 2021.

But Mr Sunak increased this amount to 80 per cent in an update last November.

To calculate how much you’ll get, you should start with your average trading profits over the last three tax years.

Then multiply this number by three months, which leaves you with £10,500.

How do I apply?

You can make your claim via the Gov.uk website on or by January 29.

It means you have until the end of today to send off your details.

Self-employed workers will need the following info to claim:

Will there be a fourth self-employment grant?

Yes, Mr Sunak has confirmed that there will be a fourth grant, which will run from February until April.

In an economic update to the House of Commons in January, he announced the extended scheme along with another raft of support measures to prop up struggling Brits.

The government is yet to share more details though, including how much you’ll be able to get.

Martin Lewis has said he thinks the fourth grant may be available to people who weren’t eligible for the previous grants.

The money savings guru says an update on SEISS – including how much the fourth grant will be worth and how you can apply – will come during the Budget on March 3.

For a deep dive into the how SEISS works, we’ve put together a guide with everything you need to known about the system.

We meet the entrepreneurs who’ve set up their own businesses after coronavirus left them jobless.

The deadline to submit your self assessment tax return is also just a week away – but HMRC has waived fines for late returns due to Covid.

Small business owners could get more cash to cover losses related to covid after a landmark legal ruling.

Did you miss our previous article…
https://www.hellofaread.com/money/iceland-and-the-range-shoppers-are-raving-about-a-massive-box-of-broken-biscuits-for-3/

I had to take Boris’ temperature during Covid – his reaction was unbelievable, says...