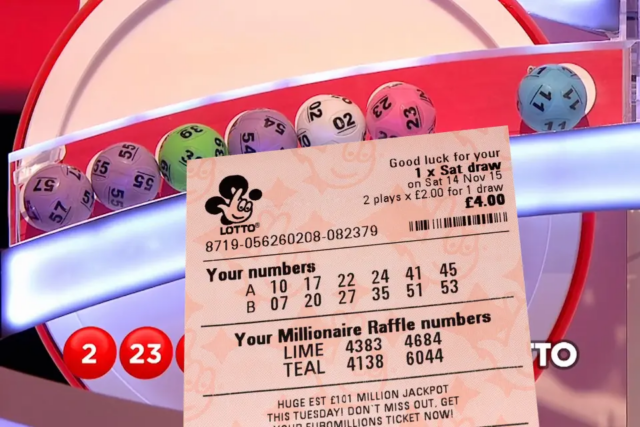 A HUGE Lotto jackpot prize of £3.8million has been claimed by a single ticket holder.

National Lottery operator Camelot has confirmed it has received a claim for the prize draw on November 5, this year.

Someone has claimed a huge Lotto jackpot prize

The Bonfire Night draw news comes just days after one very lucky ticket-holder scooped the £12.8m jackpot in the Lotto ‘Must Be Won’ draw on November 2.

Saturday night’s multi-million pound win means that a total of four Lotto jackpots have been won in the space of less than a month, with the other two big wins being a £4m win from the draw on October 8 followed closely by a £2m win on October 12.

The claim will now have to validated, which includes checks to ensure all the rules and conditions have been adhered to.

Once any win has been confirmed and validated, the ticket-holder will then decide whether or not to go public and share their views.

Camelot’s Andy Carter, Senior Winners’ Advisor at The National Lottery, said: “We’re delighted that this fantastic Lotto jackpot has been claimed – two Lotto players have banked over £16.5m in jackpot prize money in less than a week, and these lucky Lotto jackpot winners are just two of over 2.3 million who have won prizes across these two draws.

“Our focus is now on supporting this jackpot ticket-holder through the process and helping them start to enjoy their truly life-changing win.”

Did you miss our previous article…
https://hellofaread.com/money/shoppers-face-682-grocery-bill-rise-seven-ways-to-save-now/