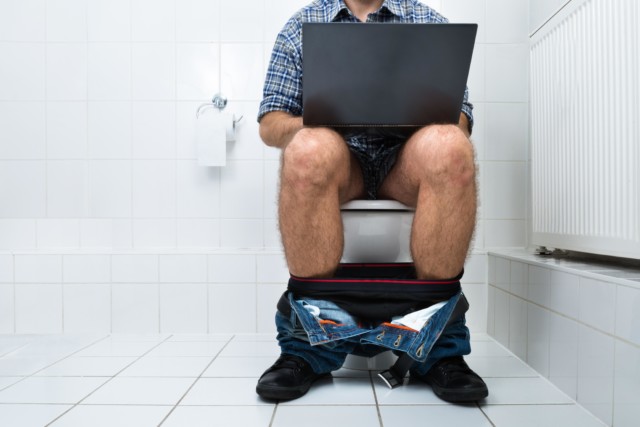 MILLIONS of Brits are working from home while having a bath and even going to the loo, researchers say.

They reckon staff multi-task to do chores, but work longer.

Brits who are working from home take their laptop to the loo, research finds

Traditional office hours of 9am to 5pm no longer apply as the line between work and home life has blurred over the past six months.

Meanwhile, 36 per cent start work before they have brushed their teeth and a third before getting dressed.

And nearly one in five begins work before they even get out of bed, according to a poll of 1,000 homeworkers by computer-maker Asus. The survey found a third of staff even take laptops with them when they go to the loo, 27 per cent work while watching TV or cleaning the house, and one in ten works while in the bath.

Asus said: “Brits are finding it hard to separate the office and home.

“We need to be taking short breaks to give us some time away from the screen and switching off at the end of the day.”

Did you miss our previous article…
https://www.hellofaread.com/money/celebrate-world-vegetarian-day-with-a-healthy-helping-of-plants-and-pulses/

Alcohol will be banned in Downing Street as Boris Johnson acts to end party...

Emmerdale heartbreak as couple call time on their marriage